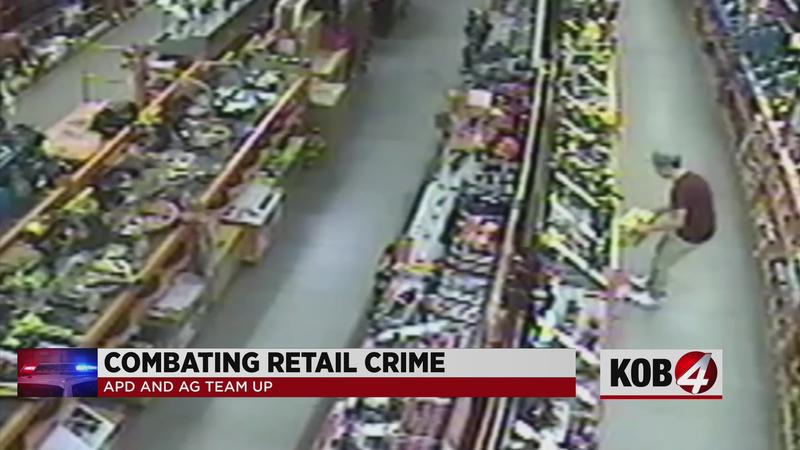 ALBUQUERQUE, N.M.- Local and state agencies are teaming up to crack down on retail crime.

"This is not about shoplifting, this is not about teenage delinquencies, this is about a very profitable industry that is now funneling and fueling other criminal activity– like human trafficking and gang activity," said Attorney General Hector Balderas.

The initiative includes dedicating some of the state’s top prosecutors, improving communication lines between agencies and leveraging technologies to help catch criminals.

"Getting private entities that have these license plate readers being able to hook them up to our system so that we could quickly alert our officers that a stolen vehicle has entered this private property is also going to be key for us to be proactive and able to enforce and to take some of these career criminals into custody," said APD Chief Harold Medina.