However, a fiscal impact report from the state’s legislative finance committee shows there could be some unintended consequences for local school districts.

Under the new law, New Mexico residents can sue government agencies and groups like police departments for violating their civil rights.

Gov. Michelle Lujan Grisham signed the bill this week but did not respond to KOB 4’s request for comment on this story.

“Indeed, good public servants work tirelessly every single day to protect those rights, to ensure them, to safeguard New Mexicans,” she said in a press release on Wednesday. 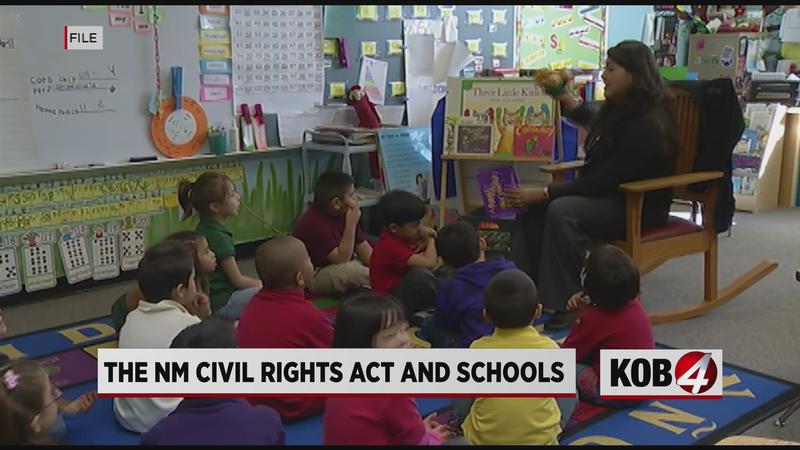 “But when violations do occur, we as Americans know too well that the victims are disproportionately people of color, and that there are too often roadblocks to fighting for those inalienable rights in a court of law,” Lujan Grisham added.

In addition to police and sheriff’s departments, the law applies to school districts.

A fiscal impact report form the state’s legislative finance committee stated, “PED reports the costs associated with HB4/HJCS are unknown, ‘but likely to be significant.’”

According to the report, PED notes that “total annual payments for civil lawsuits brought against covered entities, for both litigated and non-litigated claims, were approximately $10.2 million in judgments and settlements, and approximately $3.4 million in attorney fees, for each of the previous five years.”

Additionally, when asked, PED officials could not say how they would fund an increase in lawsuits.

Instead, a spokesperson sent the following statement:

“The language you quoted was pulled from answers to the New Mexico Civil Rights Commission by the New Mexico Public Schools Insurance Authority (NMPSIA), which was created by the Legislature to insure New Mexico public schools. See § 22-29-4 NMSA 1978.

The Public Education Department (PED) was not a part of that exchange, and the bill analysis only addressed litigation at the school district and charter school level.

PED believes that the bill strengthens the legal protections provided for in the state constitution. PED works diligently every day to actively support and preserve the rights afforded New Mexicans within the purview of the work the agency does to provide for high-quality public education all across the state.”

NMPSIA also stated that its members could end up paying a higher premium.

Officials with the University of New Mexico and Albuquerque Public Schools told KOB they have not looked in the law or its impact.