Nan Zhang said she was mocked and ridiculed because of her gender and Chinese accent. She claims she was called "cadet Covid."

“For Nan, there was no other choice to do this both on behalf of herself and all other you know Asian Americans that are in situations like this, facing discrimination,” said Thomas Grover, who is representing Zhang.

Zhang started the academy in Jan. 2020 with the desire to serve her community.

Her attorney said Zhang was forced out by instructors who later wrote the resignation. 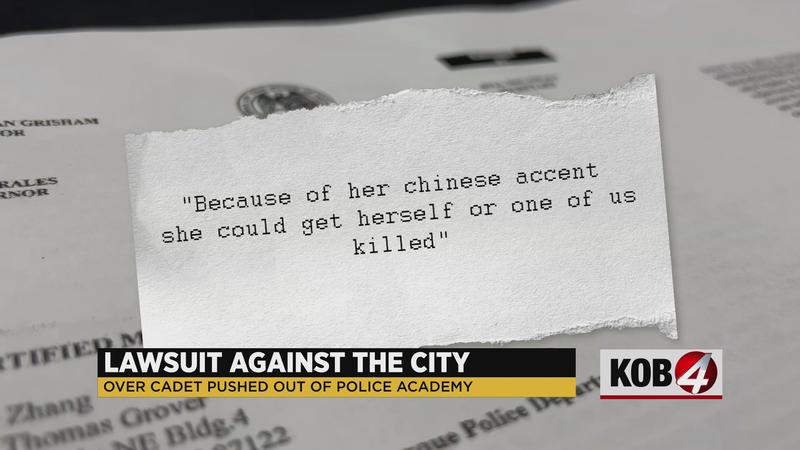 In response, Zhang and her attorney filed a procedural complaint with the Department of Workforce Solutions, which did not find probable cause.

"Two separate, external investigations failed to substantiate these claims of harassment and discrimination at the APD Academy," said a spokesperson for the mayor’s office.

This lawsuit comes less than a year after a secret recording caught the former training commander yelling at trainees after staff was accused of discrimination.

“It definitely shows there needs to be a major restructuring at the academy, if not a complete wholesale redesign of how training is done,” said Grover.