FARMINGTON, N.M. – A high school teacher from Farmington says he’s leaving his job and his family to go to Ukraine this week to help with the humanitarian crisis there.

"I just felt a big need to do it, there’s women and children dying over there," said David Padgett, high school teacher and Army veteran.

Padgett is a teacher at Piedra Vista High School in Farmington, and he plans to leave New Mexico on a dangerous journey Friday. He’s traveling to Ukraine – where he’ll help evacuate civilians from the war zone and treat the injured.

“I think someone would be lying to you if they said that they weren’t terrified. But I feel like if I go over there and that happens, then hopefully I did my part and my kids will be proud of what I went over there and stuff for. With that said, I really hope I make it back," said Padgett.

Padgett isn’t just a high school teacher, he’s an Army veteran who served 8 years as a combat medic and did a tour in Kuwait.

"I think it’s prepared me to an extent. I think the situation and what’s going on there is a different environment, it’s more urban. But as far as the treatment and the medical side, that’s relatively the same," Padgett said.

Padgett just quit his teaching job for the trip. He’s also leaving his 20-year-old son and 16-year-old daughter behind. Despite the danger, Padgett’s son John says he’s proud of what his dad is about to do.

"It’s definitely scary, but it’s a good cause to fight for and if you’re going to do anything, this is a pretty dang good one to go out there and do your part for," said John.

Padgett says he’ll be staying in Ukraine for about six months to a year or until the war ends.

"I think it’s just the right thing to do. I think we need to stand up and we always preach about freedom here. It’s freedom everywhere in my eyes. And if I can go over and help a little bit I feel like I did my part.” 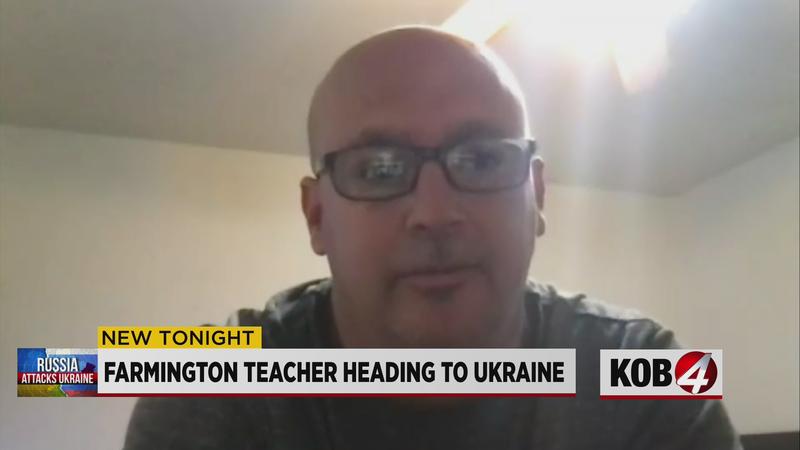