The nation’s premier middle school STEM competition, The Broadcom Masters, has been around for 11 years.

"So essentially, which are in the very least sense, very high-level numbers have many divisors for their size, for example, 60 has more divisors than any numbers that are smaller than it, so it’s a really divisible number. So I was just trying to calculate those kinds of numbers but numbers that are 1,000 digits long,” said Sankaran.

He was able to write a computer program that could speed up the apps on your phone, among other things.

"His project was the first math project in 11 years to win, OK? So that’s quite extraordinary, really innovative math project,” said Maya Ajmera, president and CEO of Society for Science.

Ajmera said science is at the core of many things and she’s glad to see so many students getting involved in STEM early.

"Everything we do touches science, right? We’re in the middle of a pandemic. We’ve realized how important science is, we have to make sure every young person is scientifically literate in this country. We need to invest in our teachers and schools, and have up-to-date content and inspire the next generation of innovators,” said Ajmera.

As for Akilan, he said he’s just having fun and doesn’t know what he wants to do when he’s older.

"I do know that I want to do a lot more research projects in math and a lot more math competitions for sure, just I don’t ever want to stop doing math.”

Akilan is the second New Mexican to win the top prize. 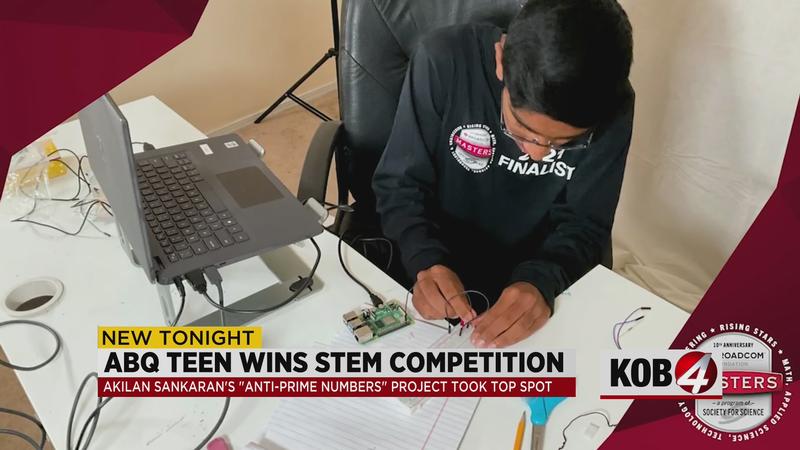