ALBUQUERQUE, N.M. — Some New Mexicans are frustrated they have been notified that it’s their turn to get vaccinated, but can’t.

"It’s frustrating there’s just not a little bit more information," said Stephanie Kolozsy who was notified she could get vaccinated last week. "I signed up pretty quickly and, granted, I knew I was going to wait awhile."

However, Kolozsy didn’t think she’d have to wait after receiving a notification from the New Mexico Department of Health.

Kolozsy said when she entered her confirmation code and special event number, there were no available appointments.

Karen Ellingboe oversees the vaccine effort at The Pit for the University of New Mexico Hospital. She explained why. 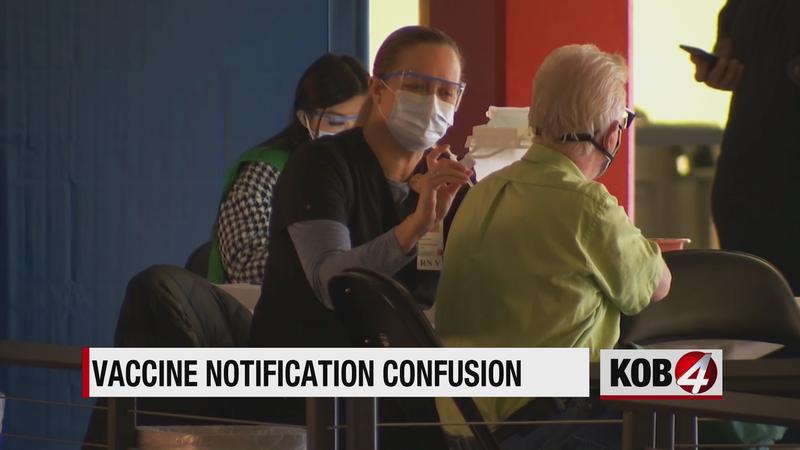 "When we send out, say 1,000 appointments. The Department of Health will send out invitations to more than 1,000. Because they don’t know who is going to be able to respond and they want to fill those slots up," Ellingboe said.

Others have noticed some vaccination appointments become available later in the day. Ellingboe said there’s a good reason for that.

"If we have any doses that are not used, because people have not come to their appointments, we send out another communication to the state who then sends out another bunch of invitations so people can fill those," Ellingboe said.

Kolozsy is still waiting to get vaccinated, but Ellingboe said people should not worry if they miss out on an appointment one week.

"You remain in the highest tier. So, the next time the Department of Health pushes out another event code, you will be in that first group to get the code," Ellingboe said.

At The Pit, Ellingboe said they’ve successfully given out around 27,000 Pfizer shots, but more than 667,000 New Mexicans have registered for the vaccine and are anxiously awaiting an email from NMDOH.

The New Mexico Department of Health did not respond to requests for an interview.