ALBUQUERQUE, N.M.- People continue to pay tribute to the five people who lost their lives in a hot air balloon crash on Albuquerque’s West Side Saturday.

Strangers have been leaving balloons, flowers and lighting candles at a memorial at Unser and Central.

"We just wanted to come and bare our respects to the families and wish them well," Gary Martinez said.

"I will be praying for the family and for everyone," Brittany Martinez added.

The Martinez family said it’s not uncommon to see balloons in the area. 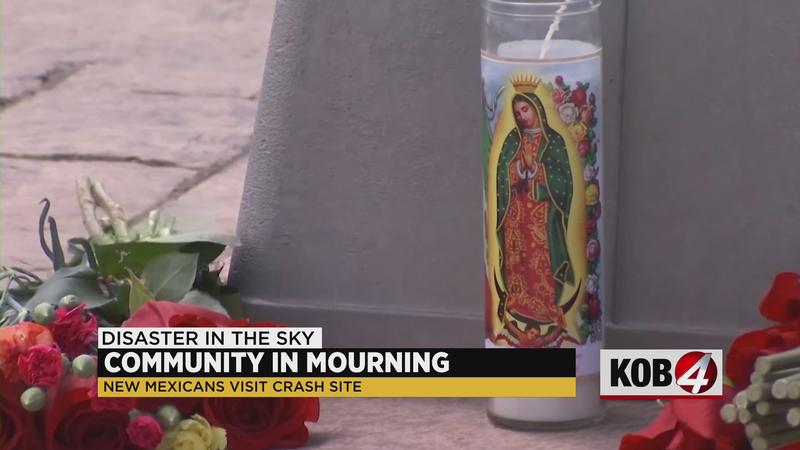 "We always see them. They always park nearby, so we always wake up early ’cause we wake up at five," Brittany said. "We watch them. They’re really beautiful."

Other people who visited the memorial had too many emotions to hold back tears.

Some chose to honor the victims’ lives in their cars.

"I thought about it all night and I just kept feeling horrible about the whole situation, and I wanted to come and pay my respects," Laura Nevarez said.

"I don’t think we’re going to heal, ind I think that it’s going to bring back a lot of memories during Balloon Fiesta," Nevarez added.

A person who knew the pilot, Nick Meleski, said he was struggling to understand how the crash happened. He said Meleski was well-trained pilot.