"We’re having trouble securing venues to give mass vaccine sorts of events so that’s an issue for us, particularly in Albuquerque,” said acting Secretary David Scrase.

So it’s not a matter of supply—it’s a matter of locking down locations to get them into arms.

"I think everybody needs a booster,” said Scrase. “And if it’s easier for you, or more convenient for you to go to a pharmacy or find a pharmacy that’ll do it right away, that’s great."

In the meantime, New Mexicans like Benito Herrera have been struggling to get through the department to try to get on the schedule.

"I’ve got two small children so I want to be as protected as I can be,” said Herrera.

He said he forgot his confirmation code for his Department of Health profile, so he tried calling a vaccine site itself. It couldn’t take appointments, and turned him back to the DOH.

He tried calling to schedule, but didn’t have a lot of luck there either.

"Finally made it to the right person to schedule an appointment, and they took my name and number down and told me a nurse would get back to me at some point,” said Herrera.

Wednesday afternoon marked 24 hours since that call, and he hadn’t gotten a call back.

"It is very frustrating,” said Herrera. ”It wore me down to the point where I called it a day on that effort. I’m definitely still going to get the booster but when I get enough patience to try again."

Health leaders mentioned in Wednesday’s briefing that many physicians are giving booster shots in their offices now, so you could get one when you go in for a check up.

They also mentioned that guidance about being “fully vaccinated” could change within days, to include a booster. 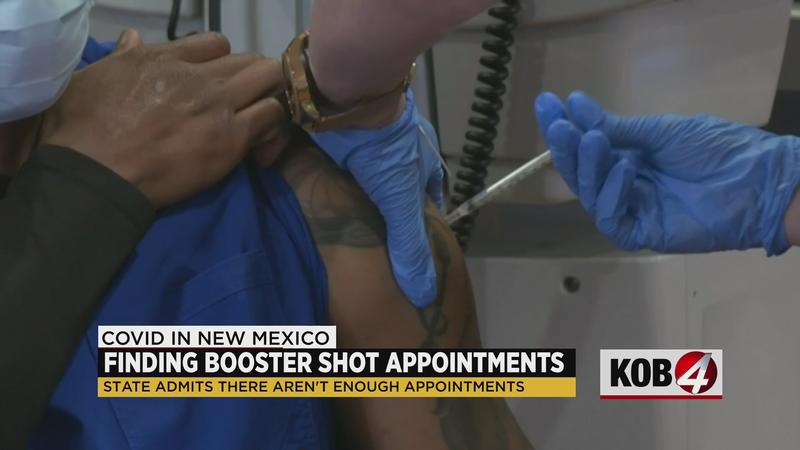