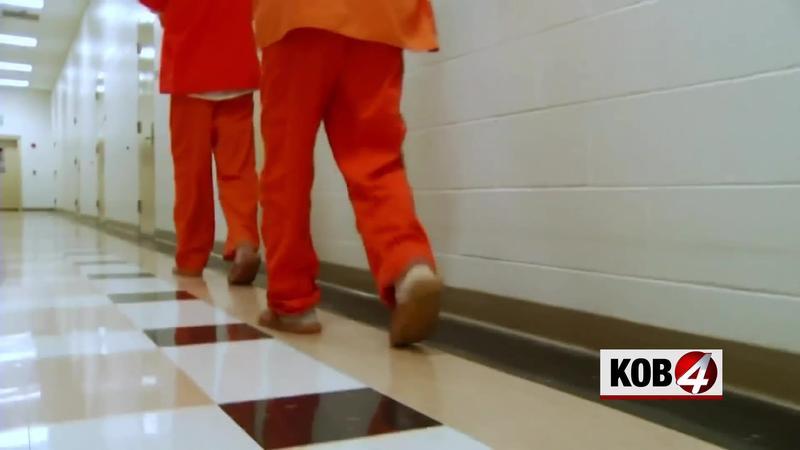 The lawsuit centers on the use of pepper spray by guards last year as the immigrants protested poor living conditions and what they said were inadequate COVID-19 precautions. They also complained that status updates on their immigration cases were being withheld.

The lawsuit alleges that the detention center operator, CoreCivic, violated the immigrants’ rights to be free from excessive or arbitrary force.

“Our clients, who came to the United States seeking safety from persecution, were peacefully demonstrating against dismal living conditions and treatment,” said Nadia Cabrera-Mazzeo, a staff attorney with the ACLU. “Rather than treating them with dignity and compassion, guards chose to spray them with chemical agents and subject them to further trauma.”

She described the incident as a “gross abuse of power,” adding that the immigration system is in need of change.

CoreCivic in a statement said it has followed federal guidelines regarding COVID-19 and that guards were forced to take action after the detainees became disruptive and refused to comply with verbal orders.

The Torrance County Commission also is named as a defendant for allegedly failing to care for the people being detained at the lockup. The county attorney did not immediately return a message seeking comment.

Attorneys for the immigrants say the incident began May 11, 2020, when the nine plaintiffs began a hunger strike over conditions at the detention center. Three days later, they alleged that guards equipped with shields and gas masks deployed multiple canisters of pepper spray in a confined area. The detainees began coughing. Some lost consciousness.

The lawsuit contends that CoreCivic staff failed to properly decontaminate the plaintiffs or provide them with medical care, resulting in harm for days. Several of them tested positive for COVID-19 within days, and two who have a history of mental illness attempted suicide in the aftermath of the incident.

CoreCivic said detention center staff tried to deescalate the situation but were unsuccessful, so that’s when the spray was used. The detainees then became compliant. The company said medical staff reviewed all individuals involved in the protest and that no injuries occurred as a result of the incident.