ALBUQUERQUE, N.M. – The New Mexico Bowl was back Saturday for the first time in two years. The post-season college game was played in New Mexico after it was pushed to Texas last year because of COVID restrictions.

Teams from El Paso, Texas and Fresno, California came to Albuquerque Saturday for the return of the New Mexico Bowl and fans said they came from far and wide all excited to watch this game.

As the fans filed into University Stadium, both teams were showing their pride – decked out in their orange for UTEP and red for Fresno State.

“I think this is our third time here and we hope we can change the trend cause we have lost the other two times,” said Servando Enriquez, UTEP fan.

“We have had a pretty good season, we were a little bumpy towards the end but we are looking up,” said James Rodriguez, Fresno State fan. 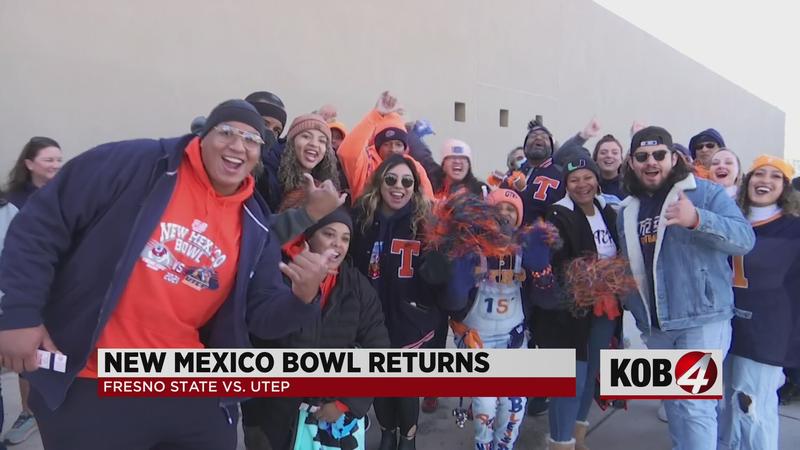