SANTA FE, N.M. – KOB 4 first introduced viewers to Lulu in October. The 2020 racer — built right here in New Mexico — was fresh off a win at the semi-finals for the Hot Wheels Legends Tour. The international competition comes to a close Saturday. The winner will have their car turned into an actual Hot Wheels toy.

"I made the semifinals, and now I understand that Lulu is sitting in Jay Leno’s driveway,” said Paul Kalenian, the man who built Lulu from scratch at his home in Santa Fe. “How nice is that?"

Lulu was shipped from New Mexico to Burbank, California to be featured in Leno’s garage. The comedian and television host will serve as a celebrity judge for the Legends Tour Global Finale.

Kalenian said he has been preparing Lulu for the occasion, since her last victory on Oct. 28. "I polish it and polish it, and then I look at it with a light and then I polish it some more, because you know, it’s like Lulu is going to the senior prom."

The core judging criteria Saturday will be authenticity, creativity and garage spirit. The car that has it all will be immortalized into a 1/64 diecast model and sold in stores worldwide. Kalenian says lulu has a good chance, but the competition is tough. She is one of ten cars that made the final round. Five are competing from outside the U.S. That includes submissions from Malaysia, Australia, Mexico, New Zealand and Germany.

If Lulu does pull off a win, Kalenian said everyone is getting little cars for Christmas.

If another car takes the grand prize, Kalenian plans to enter again next year, but this time with a new car he has been working on, ‘Lu2.’ “I can say this because Lulu isn’t here,” he said. “She weighs 50%, well almost 50% less than Lulu. So the lighter the car, the better it handles, the better it breaks, the better it accelerates, the better it goes around corners, so I have high hopes for this one."

No matter what the outcome is this weekend, Kalenian said Lulu is coming home.

"I understand from the driver, he’s been assigned to bring it back here to me early next week, and I guess that’s a win or lose!" he said.

The global finale kicks off Saturday morning. It will stream on Facebook Live from 10 a.m. to 1 p.m. MST. 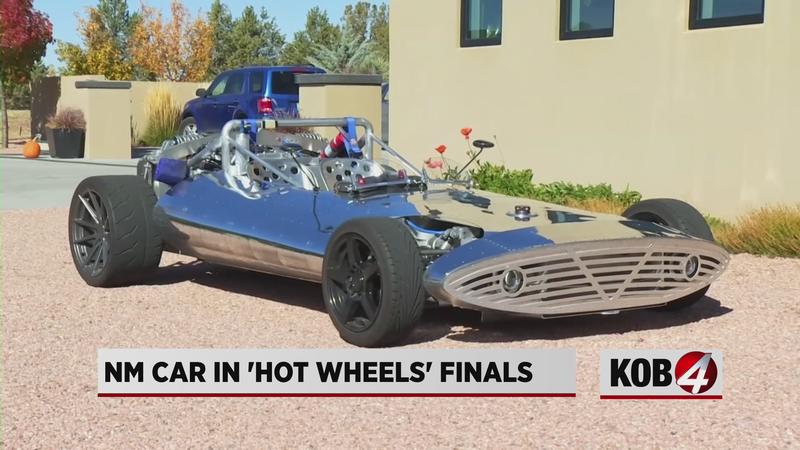