ALBUQUERQUE, N.M.- A controversial bill will be heard on the Senate floor.

It creates a way for people to sue state government, cities, counties and school districts if their civil rights were violated by a public employee.

It also removes the defense of qualified immunity.

"House Bill 4 would allow New Mexicans who have had their rights violated to have their day in court," said Brenda Boatman of Americans for Prosperity. "It removes the barrier of a judge created doctrine and gives strength to the New Mexican constitution." 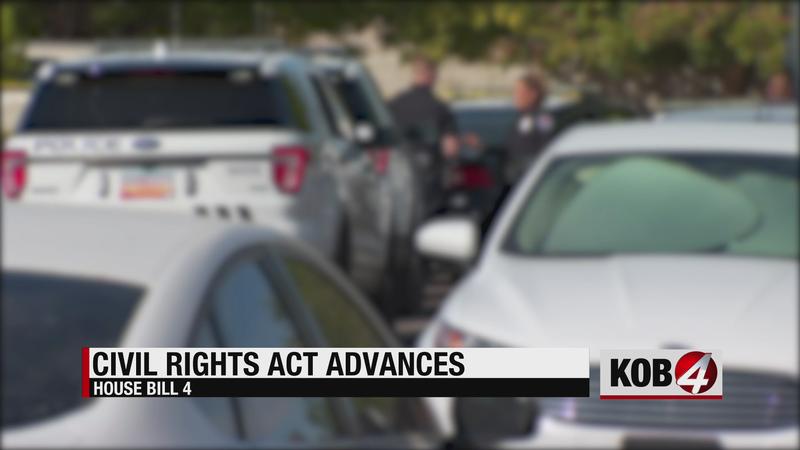 House Bill 4 clarifies that no individual teacher, law enforcement officer or other public employee can be sued. Only government agencies can be sued. Opponents believe more lawsuits may bankrupt school districts and local governments.

"Without the defense of qualified immunity, this bill is going to allow civil rights lawsuits against educators based on discretionary acts that does not meet deliberate standards," said Marty Esquibel, lawyer for the New Mexico Public Schools Insurance Authority. "I believe this bill will increase premiums for public schools with increased litigation."

The original intention of the bill was to ensure bad cops could be held accountable. Even though individual officers can not be sued, law enforcement agencies worry the bill will hurt their recruitment efforts.

"This will not improve policing, this will not achieve holding troops accountable," said Farmington Police Chief Steve Hebbe. "This bill will hurt small communities across New Mexico. It will not accomplish the fundamental goal we started with when George Floyd was killed, and that is to hold bad actors accountable."