The proposed legislation would do away with qualified immunity, and allow people to sue their local governments up to $2 million if their civil rights are violated.

Much of the debate addressed concerns about how broad the legislation is, and some potential unintended consequences that could arise if it passes.

Lawmakers in the House Judiciary Committee heard public comment Monday. Many supporters pointed out how people of color are more victimized by police, and can pursue accountability through litigation.

"Right now, with the current standards that we have, we are sending the message to New Mexican citizens and our children, that the outrageous, and at times horrendous, violations of their rights is acceptable,” said Elaine Maestas, whose sister was shot and killed by BCSO.

Police unions argued that the bill would take more money away from already underfunded services, and that it won’t help improve problems with policing.

"If you constantly put your money into responding to an issue, but you’re never actually putting money into the actual issue, it’s going to recreate itself every day,” said Shaun Willoughby, president of the Albuquerque Police Officers Association

Teachers, social workers, and other government employees could be sued under the bill. Smaller governmental bodies can also be sued.

Advocates for acequias and land grants also voiced concerns, but Speaker Egolf dismissed those worries, saying it would be difficult for them to violate civil rights.

"If you suffer a violation of your rights, you should be given an opportunity to have your day in court,” Egolf said. “Unfortunately, right now New Mexico law says you don’t get one. With this bill we seek to change that." 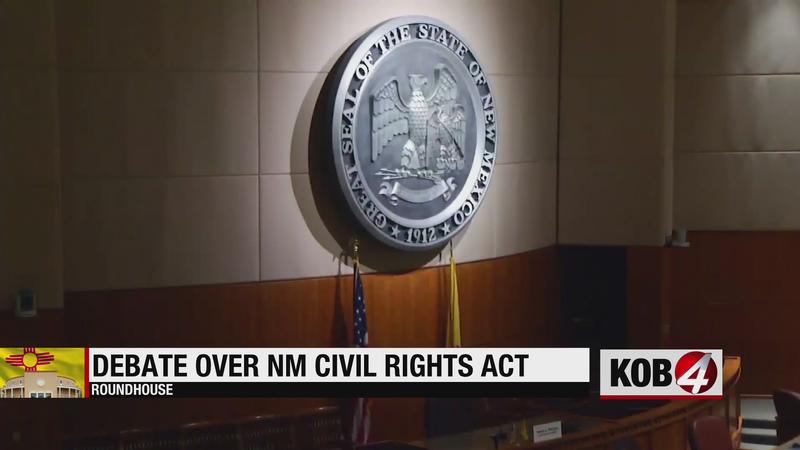