The bill won approval after three hours of back and forth debate between lawmakers.

“It ensures that every New Mexican, regardless of their race or background, if they’ve had their civil rights violated, deserves their day in court," said state Rep. Georgene Louis, one of the bill’s sponsors.

The Civil Rights Act would allow people to sue any public body, like the state, a city or county, if that person feels like their civil rights were violated under the New Mexico constitution.

It also removes qualified immunity, which can shield governments and employees from liability.

Under the act, only the government body could be sued on behalf of an employee. 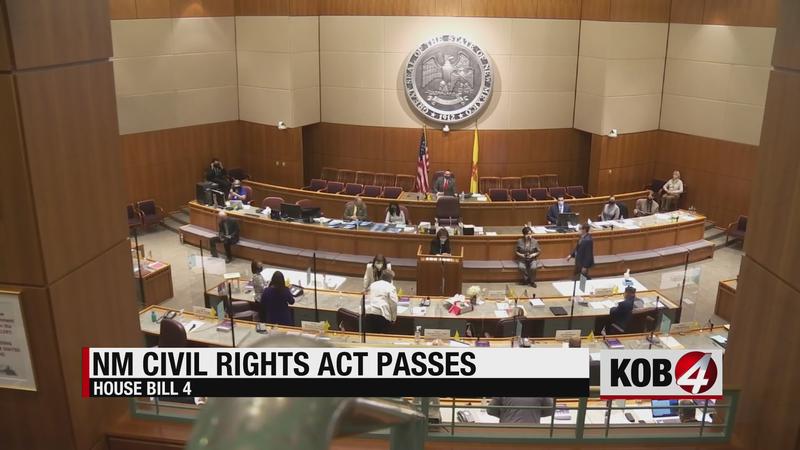 "This legislation will not, I repeat will not, allow individual state employees, first responders or law enforcement officers or teachers in a classroom to be sued," said state Rep. Nathan P. Small.

After receiving criticism from opponents, the bill’s sponsors added a $2 million cap on damages that could be awarded in a lawsuit that is filed under the act.

But the compromise did not satisfy all opponents.

During the floor debate, Republican lawmakers were still concerned that local governments won’t be able to afford the cost of potentially $2 million settlements, and insurance premiums to cover them.

The debate will continue as the bill moves through senate committees.