In an effort to reach the goal by July, the state is offering numerous incentives to get people vaccinated.

The state is handing out $100 to people who are getting vaccinated this week. There will also be sweepstakes for New Mexicans who have been vaccinated. 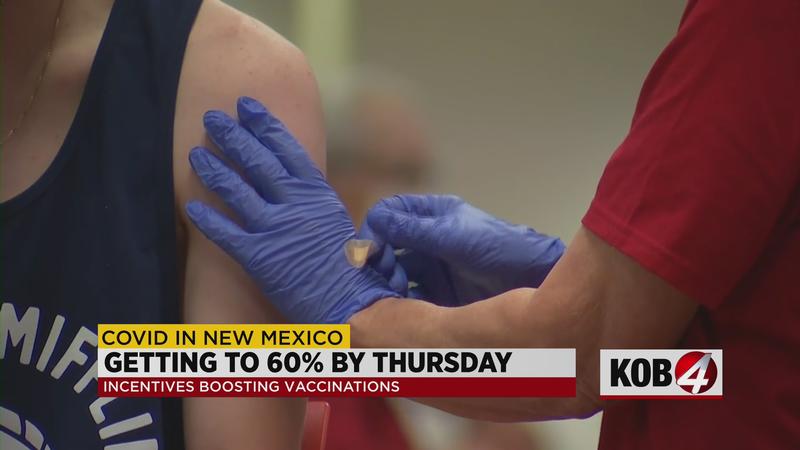 According to the state’s Human Services Department, the incentives are leading to a surge in vaccinations. More than five times as many people have gotten their Johnson and Johnson single-dose vaccines than before those incentives took effect.

The same data shows a 30% jump in New Mexicans getting their second dose of the Pfizer or Moderna vaccines.

The state hopes to reach 60% fully vaccinated by Thursday, which will allow for the state to fully reopen on July 1– giving two weeks in between for the vaccines to take full effect.

Dr. David Scrase, cabinet secretary for the Human Services Department, said health officials will meet on Friday to determine what path to take even if the 60% goal isn’t met by Thursday.

"After we get the Thursday data in, and take a look at where we’re at, and I’m confident that we’ll end up with doing the right thing for the people of New Mexico."

New Mexico is one of the last states in the country to not fully reopen.