By CEDAR ATTANASIO for The Associated Press 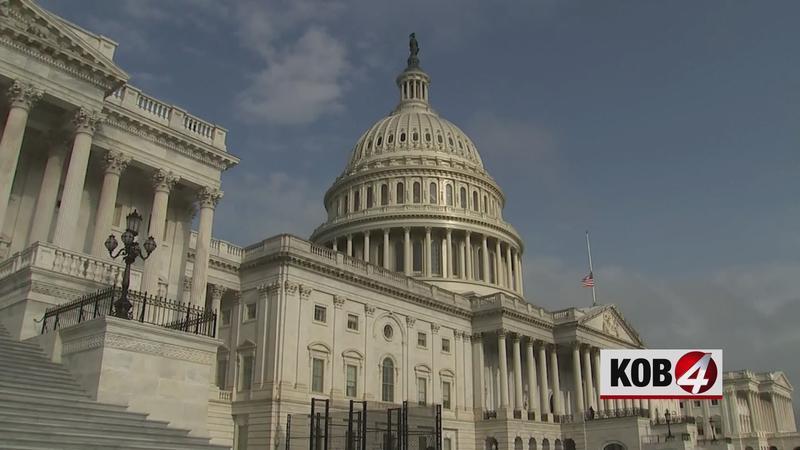 The Democrat toured a pre-K Santa Fe school in her home district in northern New Mexico as part of a party-wide national push for early childhood education. Leger Fernández said families shouldn’t have to spend more than 7% of their income on child care, and the industry’s workers should make at least $17 an hour.

Lana Westin, a veterinary technician who attended the event wearing purple scrubs during a work break, told the congresswoman she spends half her take-home pay on child care.

“Living in Santa Fe if you want a clean, organized and caring day care you better expect to hand your check to them,” said Westin, who has a 4-year-old daughter and doesn’t believe that she qualifies for many of the child care assistance programs in the state. Her husband’s income as a mechanic is less consistent.

Staff members at the Early Learning Center at Kaune told the congresswoman that even with starting wages around $17, they still see attrition as employees move to better-paid jobs out of state or in other industries.

Democrats want to pass a $1.8 trillion proposal from President Joe Biden, including $200 million to fund universal pre-K, to invest in families and education. Republicans support expanding benefits for children, but have balked at the price tag of Biden’s proposals. Some want welfare benefits to be linked to work requirements, which Leger Fernández says she is trying to prevent.

“When you have children in schools, you have women in jobs. That is part of how you build an economy,” Leger Fernández said. “You allow the parents, and especially the mothers, to go out and work — without spending 50% of their earnings or more on child care.”

The stakes for reform are high in New Mexico, which regularly ranks at or near the bottom of U.S. states in child welfare and education outcomes, with higher rates of traumatic experiences and lower levels of reading and math proficiency than their third grade peers.

Many preschools and child care centers pivoted entirely to online learning during the pandemic, hurting enrollment. State pre-K enrollment declined 20%, according to Public Education Department data, as many families opted to skip a year instead of cajoling toddlers to participate in online-only learning programs.

Early child education advocates fear children will be behind on learning shapes, letters and numbers. State officials are urging parents to tutor their kids over the summer using new online tools.

Pre-K debate has been a driving force in progressive state politics in New Mexico, with major victories scored for Democrats in recent years.

Democratic Gov. Michelle Lujan Grisham has elevated early childhood programs to a cabinet-level department. This spring, she advanced a constitutional amendment that would increase funding for early childhood education with the backing of an increasingly progressive Democratic majority on both houses of the Legislature.

The constitutional amendment will go to voters in the fall of next year. If approved, it would increase withdrawals of an approximately $22 billion endowment fund, setting aside an additional $127 million for early childhood education.

The New Mexico Early Childhood Education and Care Department estimates that would be more than enough to reach its current goal of providing 85% of 3- and 4-year-olds slots in pre-K.

But Leger Fernández says the state needs federal support on top of that, to increase pay for pre-K workers and K-12 teachers, and find additional ways to increase the quality of education.

“They’re losing teachers in New Mexico and Santa Fe Public Schools because they’re getting paid more somewhere else. So if the federal government comes in and assists with child care, then maybe we can increase the compensation for teachers and we won’t lose them to other jurisdictions that pay more,” she said.