The pair say they’re both incredibly proud of the efforts put in by the servicemen and servicewomen at the base to make the camp on such short notice. They said they were told the camp could hold up to 5,000 refugees, and right now it has about 2,000.

There’s no clear timeline on how long these Afghan refugees will be there, but it looks like at least a couple of months.

During the tour today, the representatives got to see the living faculties and even a plane landing with more refugees. 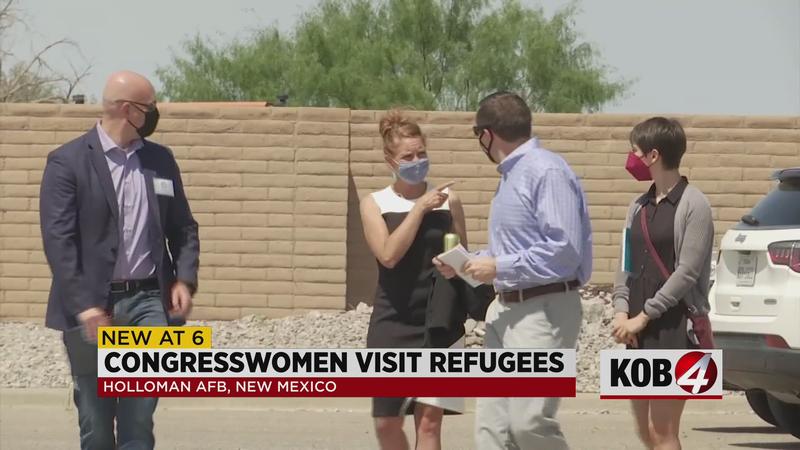 Rep. Stansbury said it was so heartwarming to see.

“I have to say one of the most emotional moments for me was seeing a family with a little boy who was about three years old carrying an American flag coming off of the plane it was really beautiful," she said.

Rep. Herrell said she was pleased with the facilities she saw Tuesday. She said she approves of the sleeping, dining and multipurpose rooms that have been erected.

After the tour though, she said she still has some unanswered questions that she wants to take up with the Department of Defense and other organizations involved in the process of vetting the refugees.

“As grateful as I know they are for the hospitality, it’s just a Herculean effort at Holloman, at the end of the day we still have questions that have to be answered about the health and safety and the future of our country and that includes the vetting process that includes the letter sent to President Biden,” she said.

That letter is in partnership with other legislators who have concerns and questions about the vetting process.

With this weekend marking the 20th anniversary of the 9/11 terrorist attacks, both representatives said it was an emotional moment to see the Afghan refugees on American soil after the war ended just weeks ago. Rep. Herrell also added the focus should remain on Americans, especially those still in Afghanistan.