ALBUQUERQUE, N.M.- New Mexico ranks as one of the best states the nation in getting its population vaccinated.

The state has administered more than 306,000 vaccines.

It’s averaging 60,000 vaccinations a week– with the hope of increasing that number.

"We know our systems capable of distributing a great deal more, and part of the way we know that is because of the system we have in place," Bieber said. 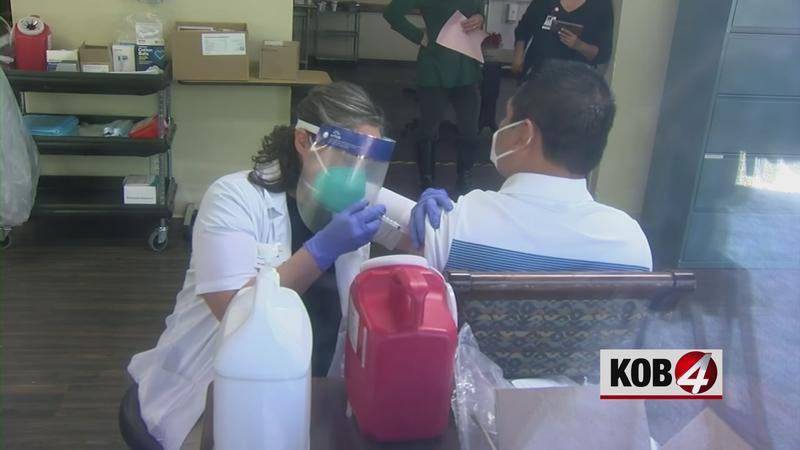 Nearly 600,000 New Mexicans have signed up to get the vaccine on the state’s website.

"It’s certainly the first of its kind," Bieber said.

The vaccination was up and running before New Mexico had vaccines available.

"Scaling up a software project of this magnitude would typically take years," Bieber explained.

The state had to make it happen in months.

"What that means is that the system isn’t perfect, it won’t be perfect," Bieber warned. "Early on, we had a simpler registration page that didn’t request health information from folks."

That fix was applied within days.

The state has also had issues with people sharing codes and cutting the line.

"What we’ve learned along the way are ways to refine the system," Bieber said. "It’s still a work in progress."

The state also added a call center to help New Mexicans who need assistance signing up for the vaccine.

"This really was uncharted territory," Bieber said. "That call center went from six employees to 33 in the space of two weeks."

Six weeks into the state receiving vaccines, 41% of New Mexicans 75 years and older have received the vaccine.

The state also reports promising signs of a steady increase in supply.

"We’re rounding the corner," Bieber said. "It’s going to be a little bit longer for most of us to get vaccinated."

For now, they’re asking for people to have patience.

"The way this should not work is having two million New Mexicans, each in charge of tracking down a vaccine dose for themselves individually," Bieber said. "That’s just not a good way to do vaccine distribution. And thankfully, we had some folks in place, who had a different and more comprehensive vision."

The Department of Health said proactive leadership has helped them stay ahead.

"It’s just a matter of hard work and continual rededication to doing this better and better every day," Bieber said. "That’s a big part of it, just as such an active, involved governor."

An Albuquerque-based company that already worked with the state on other websites helped create the vaccine registration website.