ALBUQUERQUE, N.M. —The holidays can be especially hard for families that are still processing the loss of a loved one. The NM Crusaders, a group created by mothers who have lost children to violent crimes, channeled that pain into something positive on Christmas Eve.

They brought blessing bags and food to Coronado Park, to feed and provide for the homeless.

"It’s never going to go away, the pain,” said Josette Otero. Her son Kyle Martinez was shot and killed in April of 2020 during a suspected road rage shooting.

“But knowing that we’re doing something to honor him in his name, it just brings a little bit of hope,” said Otero.

At only fifteen years old, Otero said he never hesitated to help the less fortunate.

"He had such a big heart, he was so caring,” said Otero. “And he always wanted to make sure that if he went to McDonald’s, whoever was out there, they ate McDonald’s too."

She works alongside other moms like Sally Sanchez, who lost her son, Antonio Jaramillo last December.

"Last year was very hard,” said Sanchez. “Because during this time I was planning his funeral. Actually one week before his 33rd birthday. He was at home and people went into the home and tied him up and executed him in his own home."

Helping the homeless was also close to Antonio’s heart, because he struggled with homelessness himself back in 2013.

"I’m trying to continue to do things to honor him, honor his name, because he was an amazing person,” said Sanchez.

During a time of year that could be very dark, these moms are finding light.

"There’s going to be an empty chair at our Christmas dinner but I know he’s there, and I know he’d be so proud of his mama for doing this for him."

The NM Crusaders say they plan to make this giveaway an annual event at Coronado Park. 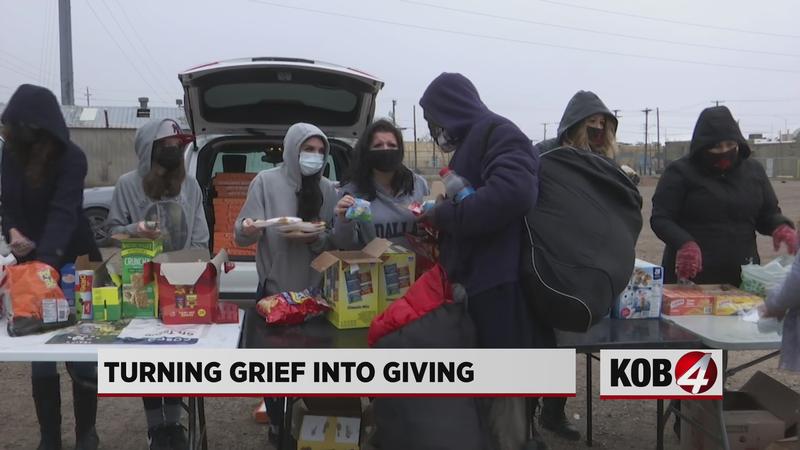