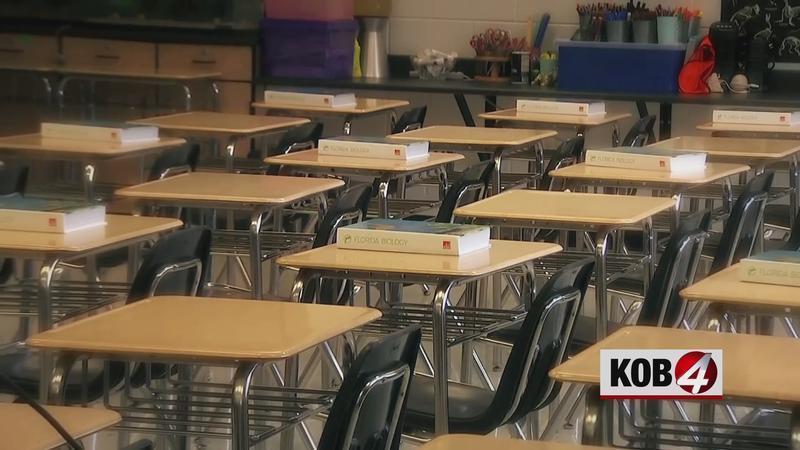 SANTA FE, N.M. (AP) — The New Mexico State Senate has advanced a bill that would require public schools to extend the school year next year in an effort to help students catch up from the loss of learning during the pandemic.

If passed, the bill would stretch the school calendar next year by 25 days for K-5 students and 10 days for most 6-12 schools by requiring them to participate in extended learning programs already paid for by the Legislature.

Schools had been slow to embrace the programs, citing staffing issues, despite the fact that more work would increase teacher take-home pay by 6% to 14% depending on the grade level. Then the programs were canceled because of the pandemic.

“Extending the school year is shown to be one of the best things you can do for student achievement,” said Democratic bill sponsor President Pro Tem Sen. Mimi Stewart, citing legislative research that drove the passage of the programs in 2019.

The mandate for next year would only take effect if Democratic Gov. Michelle Lujan Grisham’s current health order curbing in-person schooling is lifted, and it would only last for the 2021-2022 school year.

Because the programs haven’t been used, about $200 million in Legislative funding has piled up, more than enough to cover the mandate in the Senate bill, according to a legislative analyst fiscal impact report.

On the other side of the Capitol Complex, the House is considering a measure that would allow for longer school days to use the funds without extending the school calendar.

The House bill is sponsored by Democrat and chair of the House Education Committee Rep. Andres Romero, with Republican co-sponsors. It conflicts with the Senate bill, signaling a potential logjam at the end of the legislative session this month.

“It is highly unlikely that both bills make it through the two chambers,” said Dennis Roch, president of the New Mexico School Superintendant’s Association. The association supports the House bill for its flexibility, and is backing the Senate bill after Stewart made tweaks to accommodate four-day schools.

Lujan Grisham’s Public Education Department wants more schools to embrace the programs. But the department isn’t weighing in on a particular approach.

“The PED supports expanding instructional time as a strategy to improve academic outcoms, and we will continue to work with legislators who are currently exploring the best way to achieve that goal,” Public Education Department spokeswoman Judy Robinson said.