ALBUQUERQUE, N.M. – A family member of a New Mexico dentist has been killed in the conflict in Ukraine.

Dr. Aleksey Kozlov says his uncle died March 4 when Russia attacked the family’s home in the city of Zaporizhzhia, launching a rocket that destroyed their house.

KOB 4 spoke with Kozlov Friday in Cedar Crest at East Mountain Dentistry, which he runs.

“When I learned of my home country, Ukraine, being attacked, it’s just a gut-wrenching experience,” Kozlov said.

He said many other relatives were injured in the attack.

“Our world just stopped at the magnitude and the reality that one day Ukraine can have this kind of a conflict,” he said.

Kozlov said his uncle was a deacon at a church in his home village, and was helping others survive the conflict.

He believes the atrocities in his home country likely are not over.

He said he came to America in the 1990s, and has been in New Mexico for about four years.

He believes just speaking in front of cameras could put his life in danger, that it’s very possible that Russian-backed operatives could kill people like him for speaking out – even in America.

Dangerous situations, unfortunately, are something Kozlov says he’s seen before. He grew up just an hour away from Chernobyl, where he says the power plant disaster in the 1980s later killed his father.

His village, for example, hasn’t had water for two weeks.

“We’re praying for them, and we’re learning that they’re much stronger than we thought. They’re very resilient,” Kozlov said.

He says this donations page is a good option, saying it’s run by local churches that are sending money. 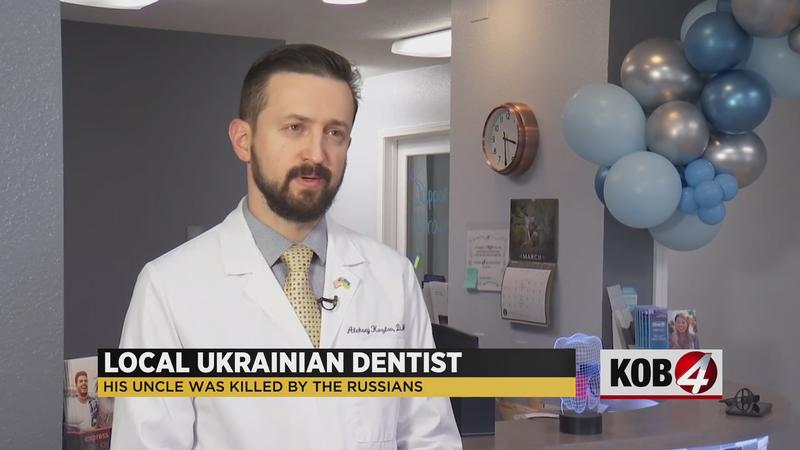