ALBUQUERQUE, N.M. – During the holidays, indulging in an adult beverage can nicely complement a meal but our state is seeing a troubling trend with alcohol abuse.

Doctors are reporting an increase in the number of alcohol-related diseases and even deaths. A UNMH liver doctor says alcohol-associated liver diseases became a significant problem as the pandemic affected our lives, especially for minority groups.

According to Dr. Torrazza, more New Mexicans die, per capita, from alcohol-related diseases than anywhere else in the country – and it has only become worse.

"Based on 2020 data, during 2020, we had a 21% increase in the number of patients hospitalized with acute inflammation of the liver," Dr. Torrazza stated. 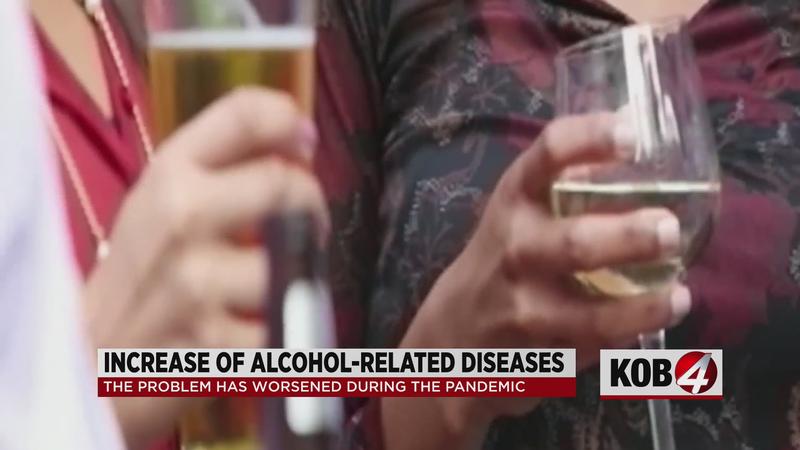 In 2019, UNMH saw 286 alcohol hepatitis hospitalizations. In 2020, that number jumped to 360. On top of that, they are seeing younger people and more women drinking themselves to serious illness.

So why has the pandemic led to more health problems with alcohol?

"Some of the risk factors for alcohol use disorder are unemployment, stress, difficulty coping with stress, depression, personality disorder and mood disorders," Dr. Torrazza said. "Disturbances in sleep pattern can also be a risk factor."

Dr. Torrazza also said the increase in women experiencing alcohol-related disease could be connected to the service industry closures during the pandemic, including restaurants and bars.

The New Mexico Department of Health has not published its data from 2020 yet. According to an NMDOH spokesperson, they expect that to happen in the next couple of months.

In 2021, Dr. Torrazza states, "the same pattern remains, that we have – what seems to be an increased number of patients hospitalized with alcohol-associated liver disease."