ALBUQUERQUE, N.M. – Drought is a long-term deal but as each week passes, parts of New Mexico continue to bust out of the worst category.

Less than half of 1% of the state is currently in exceptional drought, the worst category.

Two weeks ago the far southwestern corner of the state busted out of that category this past week the far northwest did the same.

That now leaves just a small portion of southeast Sandoval County and southwest Santa Fe county that are still in exceptional drought.

Just over three months ago, more than 52% of the state was in the highest category.

13% of the state is even in a no drought classification, mainly northeast, eastern and south central areas.

"It’s been a great year given all the conditions that we’ve had,” said Carolyn Donnelly, Water Operations Supervisor In The Albuquerque Area Office of the Bureau Of Reclamation.

However, a lot of western and central New Mexico are still in d2 and d3 drought, the middle 2 categories. What will help these areas start to erode this?

"I think the short answer is we need a really good winter,” said Donnelly.

More good news, New Mexico will have a surge of tropical moisture moving in… and that will really increase rain chances across a lot of the state through the end of the week. Heavy rainfall will be likely in some of these areas as well.

However, it’s also important to keep in mind.

"Folks should know it’s still a drought and drought is not solved by one year of good rain or good snowpack, it’s long term,” said Donnelly. 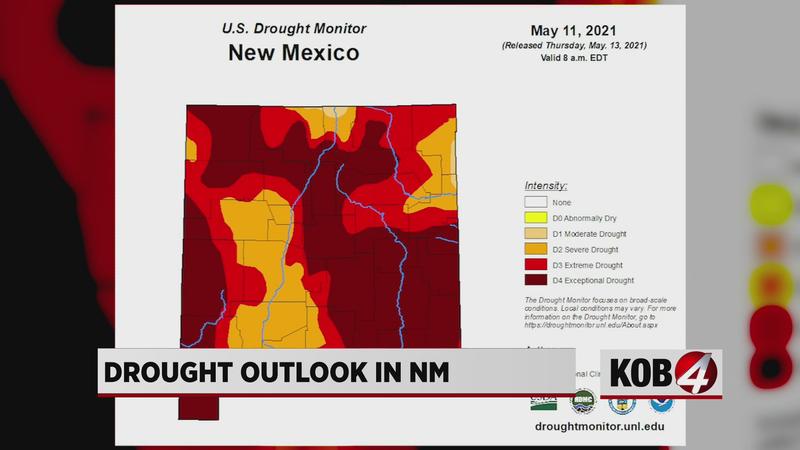