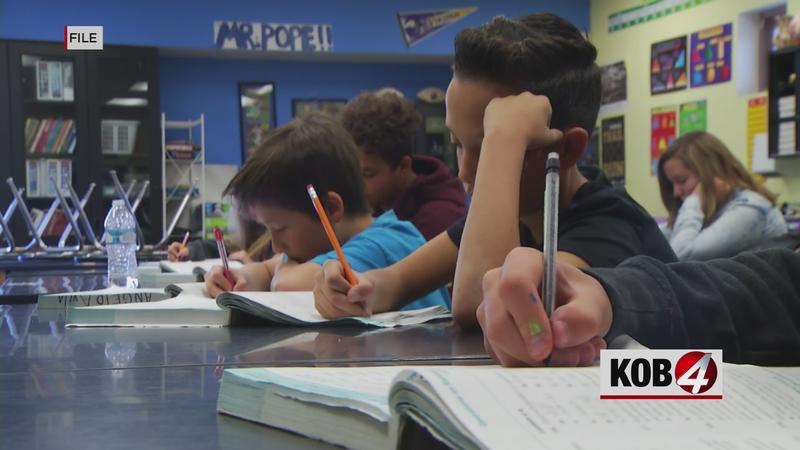 SANTA FE, N.M. (AP) — New Mexico researchers warned on Thursday that there may be fewer people in the state in the coming decade, with a drop in births that will continue to reduce school enrollment.

The implications of an aging and shrinking population are vast. Businesses may struggle to find workers in some sectors. State agencies may have to emphasize the need for eldercare services and programs for seniors such as Medicare that will only grow more important.

Even in metropolitan areas like Santa Fe, Albuquerque and Las Cruces, where population growth had continued, school districts have seen modest declines in school enrollment in recent years.

In rural areas like San Juan County, enrollment has plummeted.

The Aztec Municipal School District, one of a few serving the county, went from around 3,150 students enrolled to around 2,200 in the same time period, officials said.

Exactly what does a 30% drop in enrollment mean for a school district?

With fewer students, schools receive less federal and state funding. That meant not replacing some retiring teachers. Losses in staff and students reduce the proportionate saving in costs, which results in fewer classes and programs.

The number of young people living in New Mexico is already declining. Rural communities have been particularly hard hit.

“Every year the enrollment in the public schools has dropped since 2010. And that’s a reflection of two things. It’s a reflection of families moving, right? People are pulling kids out of school and going somewhere else,” said demographer Jacqueline Miller.

Miller’s work for the Geospatial and Population Studies unit at the University of New Mexico was at the core of a report released Thursday by the Legislative Finance Committee. School enrollment statewide decreased 3.9%. Legislative researchers attributed about half of that to the pandemic. But 43% of students who left the school system also left the state, and are not expected to return.

Secondly, declining enrollment is “also a reflection of fewer children being born. So you have kids who leave the school system in each grade, but your kindergarten class is also shrinking each year,” Miller said.

To address this, Democratic Gov. Michelle Lujan Grisham’s cabinet wants to bring families to the state.

The Public Education Department says it is focused on teacher development, supporting the needs of students in and outside of school, and expanding learning options to prepare them for college and trades.

“These pillars will be essential regardless of the student population. Investing in these areas will help improve schools for our current students and make New Mexico an increasingly attractive option for families,” said education secretary Ryan Stewart in a statement Thursday following the release of the report.

Many states and countries are wrestling with dropping fertility rates, Millers, the demographer, says. But in the Western U.S., only Wyoming had a slower growth rate in the last decade than New Mexico.

More New Mexicans are leaving the state than are coming in, and new residents tend to be retirees.

“We seem to have more in-migration of people who are older,” Miller continued.

Her advice to policymakers?

“They should plan on having fewer children in the state. The exception to that is if somehow they managed to recruit a large number of young people to the state. I’m not confident that’s going to happen,” she said.

In December, the Early Childhood and Education Department secretary joked to legislators that she and her staff are hoping for a baby boom while recognizing declines in births in recent years.

It’s now becoming clearer that the financial and emotional burden of the pandemic didn’t have that effect.

Lujan Grisham elevated child care to a cabinet position, increased subsidies to low income-parents, among other investments. That along with added support from increased federal funding “hold the potential to improve early childhood outcomes across the state,” Groginsky says, with the goal “to build a true cradle-to-career education system.”