At the Ruidoso Downs Race Track and Casino, a few hundred fans came out to watch the race.

It was also a day for reunions. Some friends had the opportunity to meet up for the first time since before the pandemic began.

"So when she walked in yesterday it was overwhelming because we’ve been friends for over 30 years and to see her, and we talk on the phone, but talking on the phone isn’t the same as sitting up close and personal and being able to hug someone and, you know, just be out and be social again,” said Mona Hall, a watch party attendee.

With summer right around the corner, the Ruidoso Downs said they’re expecting horse racing to be a great way for even more people to socialize.

"Perfect sport to come back from the pandemic because everything is outdoors. You can see were in the turf club right now. It’s wide-open open air. The grandstand is open air, and so folks are going to be able to socially distance, wear a mask, wash their hands and still participate,” Keithly said.

"This is amazing. I just met Mona. Today, she introduced me to Crystal so making new friends and new experiences. This is an awesome day,” said Vennie Mae, an attendee.

Most party goers said they were cheering for Roswell-native Mike Smith and his horse Midnight Bourbon. Smith has previously won two Kentucky Derby races in 2005 and 2018.

"Mine That Bird will always be known as a New Mexico’s Kentucky Derby winner, and we’re proud of that,” Keithly said. 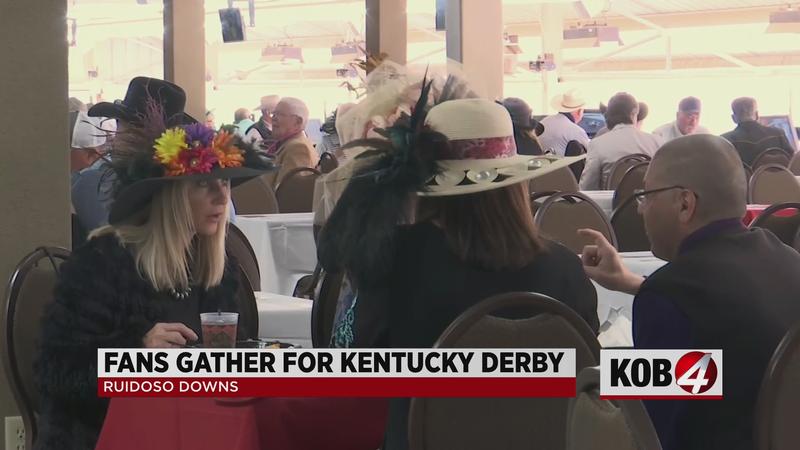