ALBUQUERQUE, N.M. — The Cannabis Control Division of the Regulation and Licensing Department announced they have issued the first new cannabis licenses under the Cannabis Regulation Act.

“With the issuing of these three licenses, the adult-use cannabis industry in New Mexico is officially up and running,” said RLD Superintendent Linda M. Trujillo. “In the coming days and weeks, we look forward to licensing more cannabis businesses and microbusinesses so that entrepreneurs, communities and the state can maximize the economic opportunities created by a thriving cannabis industry.”

The first producer license was awarded to a father-and-sons team in Aztec: Steve Martinez and his sons Mitchell and Tony.

The first micro-producer licenses went to the Carver Family Farm of Albuquerque and BAUDABOOMZ2, LLC of Edgewood.

"We got our license, like, we were screaming at the top of our lungs in here," said Matthew Muñoz, who is about to run the front of the house for Carver Family Farm. "It was a big, big deal for us." 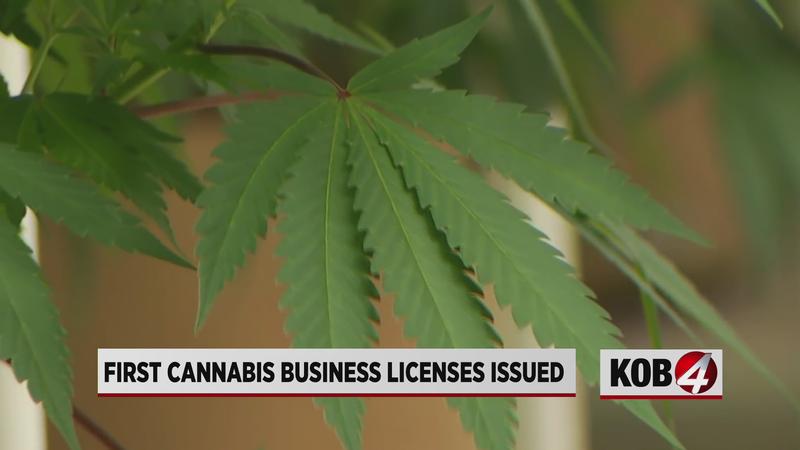 Muñoz said they still have a lot of work to do.

"The legislature said we’re lowering the bar for mom and pops, but the Cannabis Control Division is treating microbusinesses like multi-million dollar corporate cannabis," he said.

Even though they are one of the first to be approved, Muñoz said they are behind and won’t have enough product ready to go by April. By then, they will have around $350,000 invested before a single sale is made.

However, some parts of the law are benefiting Muñoz.

"You know, being 100% honest with you, I was arrested when I was 18 years old for five grams of cannabis – changed the course of my life," he said.

Muñoz said in other states he wouldn’t be allowed to be on a cannabis license at all.

"Small amount of marijuana, but it’s enough for you to lose scholarships," he said. "I spent 10 days in jail, did a year of probation."