ALBUQUERQUE, N.M. – There are already calls for changes to safety protocols on film and television sets in New Mexico, after last week’s fatal shooting of cinematographer Halyna Hutchins by actor Alec Baldwin on a Santa Fe movie set.

"My reaction is it’s such a tragedy because anything like this can be prevented," said state Sen. Cliff Pirtle.

Pirtle said he has had two small roles in western movies and is an experienced hunter. He showed KOB 4 the difference between a blank and a live round.

"There’s a distinct depression around the side and it’s completely brass that is folded over and it’s flat on top,” said Pirtle. “This is the same caliber but it’s a live round that has a silver bullet on the end of it. You can tell that a real bullet and so there’s no excuse why somebody could have made that mistake."

The investigation into what went so terribly wrong on the set of Rust, and how a live round made it into the gun Baldwin fired is still underway.

"Well, obviously I think the industry has had a record recently of being safe,” said Santa Fe County Sheriff Adan Mendoza, during a news conference Wednesday. “I think there was some complacency on this set and I think there are some safety issues that need to be addressed by the industry and possibly by the State of New Mexico. But I’ll leave that up to the industry and the state to determine what those need to be."

"Workplace safety in any and every industry in New Mexico is absolutely paramount. A workplace death is never acceptable and must compel an analysis of what can and should be done better. My full expectation is that the film and television industry will, at the conclusion of the investigation into this tragic incident and once all the facts are in hand, bring forward comprehensive new safety protocols to ensure this kind of incident never, ever happens again. If that sort of comprehensive new approach does not materialize, the state of New Mexico will take immediate action, throughout whatever means are available to us, to ensure the safety of all personnel on all film and television sets here in our state. This industry is important to us economically and to so many workers throughout New Mexico, and I look forward to a full accounting of how this could have possibly happened, and we will determine our next steps from there."

Pirtle thinks a simple solution would be requiring more gun training on set.

"It’s just a huge tragedy but it’s shining light to the public that says ‘hey this is kind of going on behind the scenes’ but we see a huge problem with worker safety,’” he said. “But with some simple training and things that we can do, I think we can make it a safe work environment and continue to thrive in the State of New Mexico." 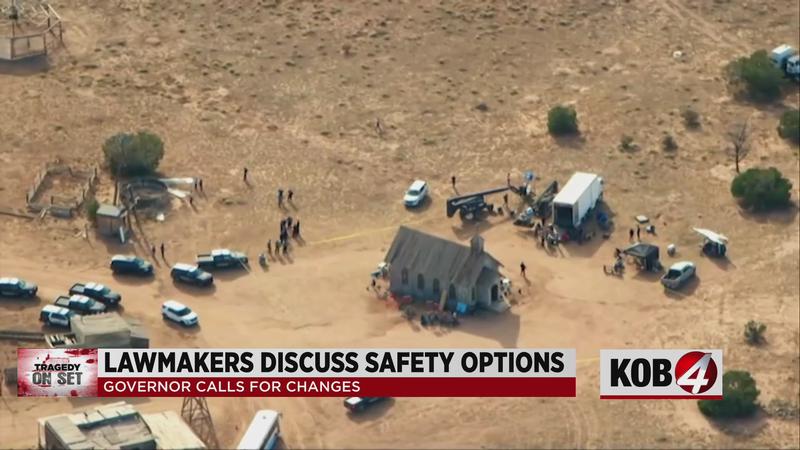