ALBUQUERQUE, N.M.- A bill that would allow college athletes to take endorsement deals is moving forward at the Roundhouse.

If Senate Bill 94 passes, the NCAA would no longer be allowed to penalize college athletes in New Mexico for taking endorsement or promotion deals.

"Think TikTok or Instagram or one of those kind networks or an endorsement for a local company," said Sen. Mark Moores, a Republican. "Right now, athletes are not allowed to earn any money from their hard work that they have built up."

Moores is a former UNM football player. He said he knows from first-hand experience how beneficial letting student athletes make money off their image would be.

"My teammates didn’t have an opportunity to make a living while in school and some of them, even though they were on scholarship were financially having faced a lot of difficulties and were forced to eventually drop out," he said. "So my real goal in this legislation is to allow student athletes more freedom to make some money and stay in school and get that degree." 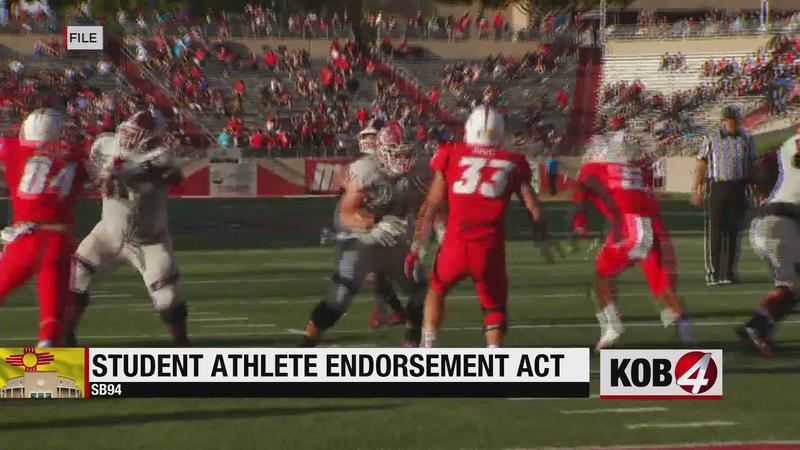 The bill passed in the Senate and is being heard in a House committee.