SANTA FE, N.M. — At the Roundhouse, lawmakers got into a heated debate over New Mexico’s new social studies standards.

State lawmakers on the Legislative Education Study Committee got an update on the state’s new social studies standards from Gwen Perea Warniment, deputy secretary of Teaching, Learning and Assessment for the New Mexico Public Education Department.

"Now, in addition to simply updating because of new knowledge and skills, we really wanted to ensure that with the adoption of new standards, students will see themselves reflected in the classroom, their learning environments are culturally and linguistically responsive, and that the backgrounds of all of our students and educators and the perspectives of all New Mexicans would come alive in the classroom," Perea said.

Republicans on the committee, like state Rep. Rod Montoya, feel the new standards will teach critical race theory – a way of thinking about U.S. history through the lens of racism.

Montoya and other Republicans on the committee blasted critical race theory, saying it reinforces racism. 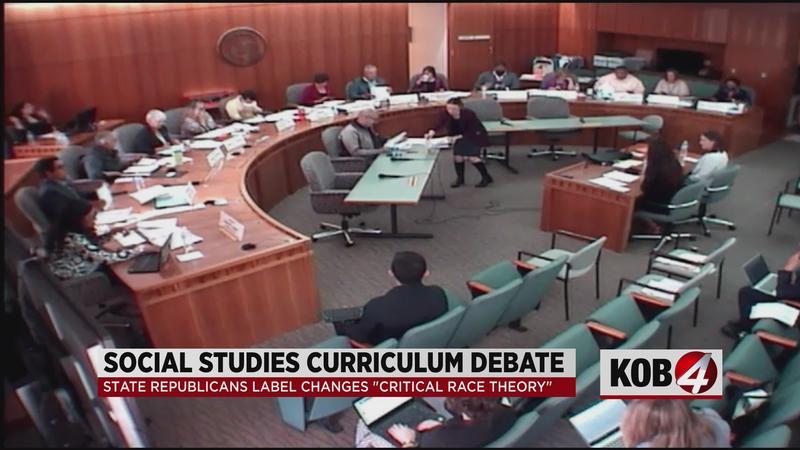 "Some of this questioning is just out of order, we’re not teaching CRT," said state Sen. Harold Pope. "We’re not, and to have you up here to answer these questions, I just think they’re ridiculous."

The new standards will be implemented in the 2023-2024 school year.