SANTA FE, N.M. (AP) — Lawmakers from both parties in New Mexico are putting forward bills to curb the governor’s emergency powers during a public health crisis like the coronavirus pandemic.

On Wednesday, a Senate committee considered a Republican proposal to limit emergency health orders to two weeks and bar unilateral renewals like those used by Democratic Gov. Michelle Lujan Grisham during the pandemic.

Instead, renewals would have to get approval from the Legislature or if it’s not in session, a small group of legislative leaders.

“This bill is about restoring some balance and accountability in Santa Fe,” Sen. Greg Baca, who represents Bernalillo and Valencia counties, said in a statement.

In the House, a bill introduced by Democratic and Republican lawmakers would limit emergency health orders to 90 days. After that, the governor would have to convene a special session and get legislative approval. 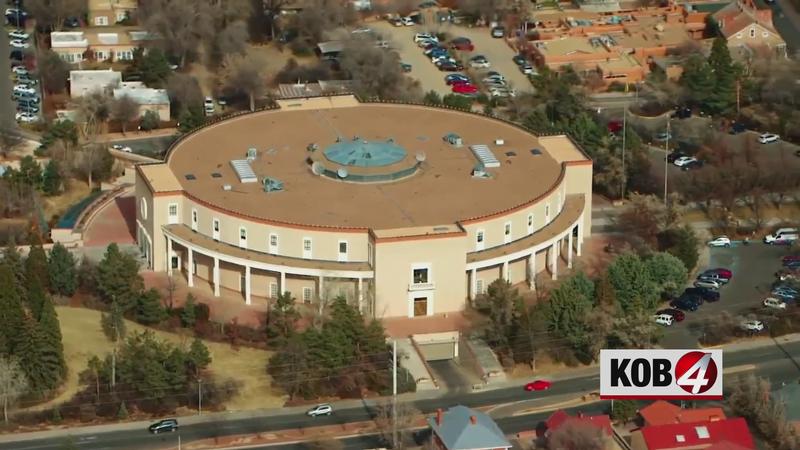 The proposals come amid Lujan Grisham’s coronavirus-related emergency health order, which has been renewed multiple times over 11 months with no need for a vote by the House or Senate.

“The governor’s ability to respond quickly to the pandemic has saved lives,” Lujan Grisham spokeswoman Nora Meyers Sackett said, adding that it’s important governors have “the flexibility and authority to take immediate action to prevent loss of life in any public health emergency or emergency in which New Mexican lives are endangered. That’s what the people elect a leader to do.”

Baca agreed with the initial health order but said it had “no end in sight.” He pointed to thousands of residents who are out of work and uncertainty about when schools would reopen.

“Whether you support the heavy-handed actions of the governor or not, most would agree that no single elected official should have this much power,” he said.

Several other states — including Arizona, Michigan, Ohio and Pennsylvania — are seeking to curb executive power on health orders because of pandemic-related restrictions.

Lujan Grisham’s spokeswoman argued that New Mexico is one of many states that have saved lives due the ability to take quick action.

“With a part-time Legislature that convenes once a year, it is difficult to conceive the benefit of restricting an executive’s authority to respond with speed using evidence-based policies to protect New Mexicans in an emergency,” Meyers Sackett said.

Lujan Grisham called two special sessions of the Legislature last year to pass funding bills related to the pandemic, once in June for about a week and again in November for one day.

Democratic Sen. Antoinette Sedillo Lopez of Albuquerque said she opposed a first draft of the bill that allowed one lawmaker representing a small portion of the state to derail a governor elected by over half of the state.

“One minority floor leader could stop a governor from addressing a crisis. And if that had happened during this pandemic, we would be in a much worse situation than we are,” Sedillo Lopez told fellow members of the Senate Health and Public Affairs Committee, which first heard the bill.

In response to that and other criticism, Baca agreed to rework the bill and bring it back to the committee later in the session.