ALBUQUERQUE, N.M. — At a news conference Thursday morning, Gov. Michelle Lujan Grisham pushed her legislative plan to deal with the crime crisis in Albuquerque and across the state.

One of the governor’s top priorities is imposing a "rebuttable presumption," which seeks to ensure that those accused of murder, gun crimes, rape or other sex crimes do not pose a danger to the community before being released pending trial. The concept is to flip the script when it comes to keeping people in jail before they’re guilty.

"Then the rebuttable presumption is on your side, to convince the judge it would be safe to release you," said Rep. Bill Rehm.

However, that idea rubs some lawmakers the wrong way. Both Rehm, a Republican, and Rep. Marian Matthews, a Democrat, are sponsoring rebuttable presumption laws, which Matthews says need to be narrowly focused. 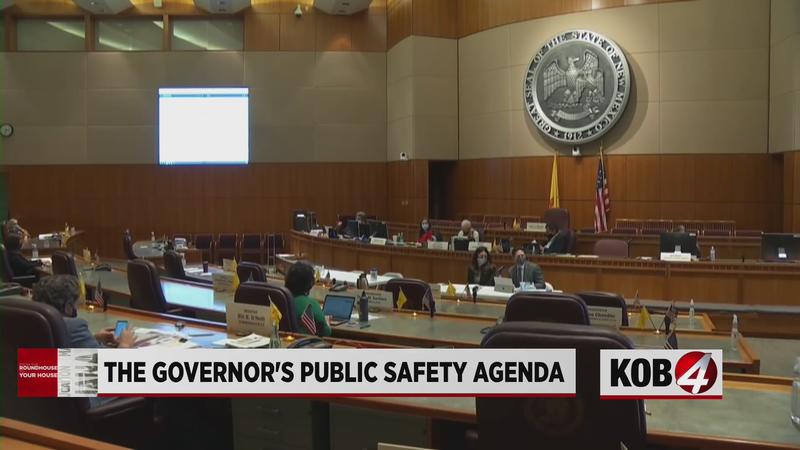 What the public thinks of what happens up in Santa Fe is especially important this year because it’s an election year and Lujan Grisham is fighting for a second term.

Crime and public safety bills get people to the polls.

State senators, however, are not on the ballot in November, and while there’s certainly some support for reform, there’s also a fair degree of caution.

"Certainly targeted resources to Albuquerque, that makes sense, but, you know, when you change criminal laws, it applies to the whole state and not just Albuquerque," Wirth said.

With the go-ahead from the governor, who controls the legislative agenda in even years like this one, lawmakers will also tackle the statute of limitations and penalty for second-degree murder.

Lawmakers will also target gun crimes with sentencing enhancements for what they say is a focus on the most problematic part of Albuquerque’s population.

"This is not trying to grab people and put them in prison, this is looking at those violent people and sentencing them to prison," Rehm said.