SANTA FE, N.M. – Rebuttable presumptions have been a centerpiece of the legislative response to what some people say is a flawed pretrial detention system. But it’s clear there was no path forward for them.

Now, House Democrats are focused on a different route to more effective pretrial detention and their quest starts Wednesday, with just nine days left in the session.

With impromptu strategy sessions popping up left and right, the ‘hot mess’ as Rep. Daymon Ely called House Bill 5, is getting reworked into something that might pass. The focus is ankle monitoring data.

"You know, a lot of times defendants, if they’re released, they have to wear a monitor. And access to the data from that monitor is an important tool for law enforcement," said state Rep. Marian Matthews.

It strips out rebuttable presumptions and instead gives police and prosecutors access to location data for accused felons who are on ankle monitors.

"I’ve been told by police chief Medina and others that having access to that data will really improve their ability to protect the community," said Matthews.

Bernalillo County District Attorney Raúl Torrez has sued for that data to cross-check it against known, unsolved crimes. But he wants it from the time the monitor goes on to the moment it’s removed.

Copies of the substitute bill weren’t available Tuesday evening, but the House budget focuses on different crime solutions and provides more than $156 million in what lawmakers call "wraparound services" to get at the root causes of crime.

There is potential for agreement based on early reactions to the committee substitute’s focus. KOB 4 spoke to the public defender’s office Tuesday night, and an appellate attorney said reasonable access to location data is a much more appropriate way to make pretrial detention effective.

Still, public defenders have some concerns about who can access that GPS data, when and why —a concept that was argued at the U.S. Supreme Court a decade ago. 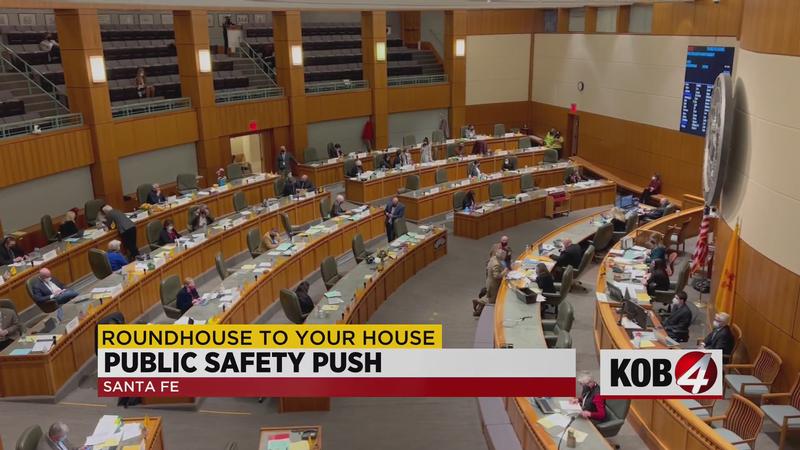