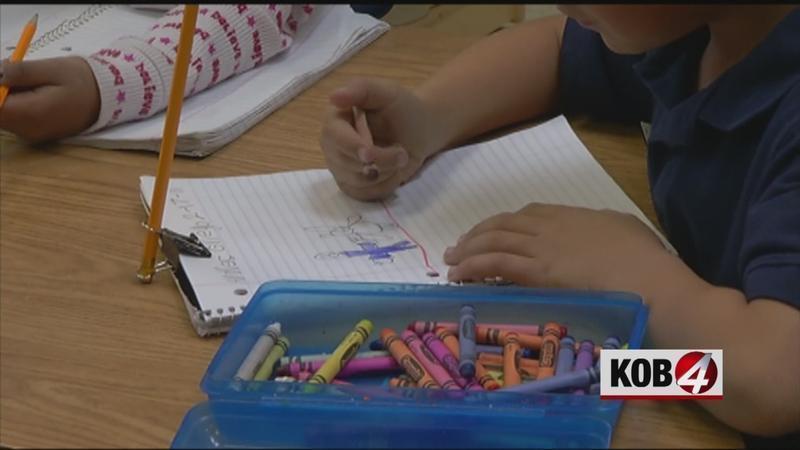 SANTA FE, N.M. (AP) — The New Mexico Legislature has advanced a constitutional amendment that could increase funding for early childhood and K-12 education by hundreds of millions of dollars if it is approved by voters in a statewide election.

“The question has been debated for years, and now it is the people of New Mexico who have the power to decide how they will invest their own money,” said Sen. Jacob Candelaria, a Democrat from Albuquerque.

House Joint Resolution 1 passed the Senate Thursday in a 26-16 vote.

The passage marked a victory for proponents who have tried for a decade to increase the withdrawal of funding from the Land Grant Permanent Fund, the state’s $20 billion endowment based on natural resource extraction royalties and market investments.

The measure would increase withdrawals from the fund by 1.25%, with most of the money going to early childhood education and some going to K-12 schools.

Children in New Mexico face some of the highest rates of poverty in the country and achieve some of the lowest educational outcomes.

Supporters of the constitutional amendment argue that while the Land Grant Permanent Fund has doubled in the past 11 years, investments in child programs have grown by only half. They want to expand pre-K, childcare assistance and voluntary home-visits to new parents.

“Studies show that pre-kindergarten and other programs for kids 5 and under later pay off with higher high school graduation rates and fewer incarcerations,” said Sen. Leo Jaramillo, a Democrat from Española.

Opponents warn the fund won’t grow if oil and gas revenues drop because of efforts to curb emissions, and they argue that previous investments in K-12 education haven’t paid off.

Republican Senators treated the measure as a referendum on Democratic executive power over education.

Many soured on the idea of increasing withdrawals from the fund following a hike in withdrawals approved by voters in 2003 during the administration of Democratic Gov. Bill Richardson. The measure allocated additional funds to K-12 education and gave him unprecedented control over public schools.

The funds withdrawn from the endowment then would have been generating profits today, some argued.

Sharer, of San Juan County in New Mexico’s northwest, put forward several amendments to blunt the bill that did not pass, from sunset clauses to a reduction of the increase to 1%, which is what the original bill called for.

It was increased to 1.25% in a compromise between House and Senate Democrats, who wanted to include K-12 schools, which according to court rulings are underfunded.

If approved by voters, early childhood education would become a new beneficiary of the fund and receive 0.75%. Public schools are already the largest recipient and would receive an additional 0.5%.

Democrats supporting the new increase said the additional money will be allocated by the Legislature, not the executive branch, and that it is needed to fund programs in the newly created Early Childhood Education and Care Department, which prepares infants and toddlers for kindergarten by increasing childcare opportunities and supporting new parents.

Amendments also created safeguards against major drains to the fund, including a brake on the 1.25% withdrawal if the fund ever shrinks to $17 billion.

Sen. Gay Kernan, a Republican from Hobbs, said she appreciated that safeguard but voted against the bill. “I wish we had a sunset,” she said.

Currently valued at around $20 billion, the Land Grant Permanent Fund is one of the largest educational endowments of any institution or government in the world. The largest endowment belongs to Harvard University, which has an endowment of around $40 billion.

The measure will now be decided by a statewide vote that would likely take place this fall or next year.