SANTA FE, N.M. — State lawmakers have voted to ban guns and other weapons from the Roundhouse in Santa Fe.

Senate Majority Leader Peter Wirth, a Democrat, introduced the policy banning both open and concealed carry weapons inside the state Capitol at all times.

"The Roundhouse needs to be a safe place for all of our constituents, for our staff, and for us to engage in vigorous political debate," Wirth said. "It’s my position that prohibiting firearms in this building is a common-sense step toward achieving that goal."

Before Monday, weapons were only banned during certain events, including the State of the State address.

Republican lawmakers fought the proposal, saying this is not how to address security concerns. 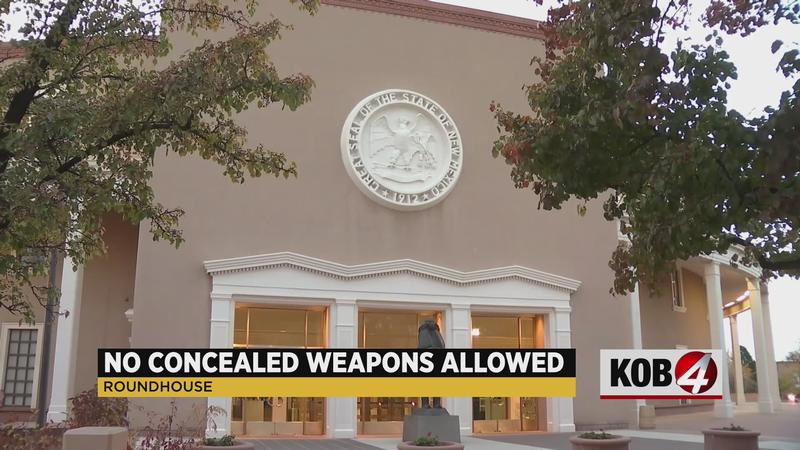 "I think your idea of capitol security is valid and we should address it, but we should not address it in this matter," Rep. James Townsend said. "We should do it with forethought and it should be for capitol security, not for someone to take a shot at the Second Amendment."

The vote came after the legislative committee debated the proposal behind closed doors. Republican lawmakers said the whole process should have been open to the public.

"The New Mexico state Capitol is the people’s building and we should have the right to bear arms and have weapons to protect ourselves," Rep. Rebecca Dow said. "It’s just another example of the people in power having no understanding of the Constitution, no regard to our process, or any understanding of what the everyday New Mexican does and lives and believes."

The ban will go into effect Dec. 6, the first day of the upcoming special session on redistricting.