SANTA, FE, N.M – State lawmakers will be back in the Roundhouse Monday. They have some big tasks ahead of them, including redrawing political boundaries for legislative and congressional districts.

The special legislative session is expected to begin Monday at noon. It’s possible lawmakers will be there for the next two weeks as they redraw New Mexico’s political maps for the next decade.

In 2020, the U.S. government conducted a census that happens every ten years. Now that there’s data on the number of people who live in each New Mexico community, state lawmakers are obligated to redraw political boundaries to meet the needs of equal populations.

For the first time in New Mexico history, an independent commission made up of both Democrats and Republicans drew out maps for lawmakers to consider. Those maps include boundaries for state Senate and state House districts, as well as New Mexico’s three congressional districts.

Some of the options the commission came up with is a proposed map that puts Roswell, Santa Fe and Farmington in Congressional District 3 and it splits up the metro 3 ways.

“I have a lot of respect for what Justice Chavez and the commission did. They did incredible work and they should be commended for it and as far as I’m concerned that is the baseline for us,” said Ely.

But House Minority Whip Rod Montoya thinks the proposed maps are flawed—and he thinks Republicans should redraw them.

“I think the work done by the commission ended up being very partisan, unfortunately,’ said Montoya.

Montoya points to statements Democratic Speaker of the House Brian Egolf made earlier this year—suggesting that the maps should be gerrymandered to benefit Democrats statewide.

“Speaker Egolf told Democrats and this was documented that "why would we give up our control, when we could take advantage of it?" said Montoya.

“The whole idea is to do it fair, do it right, do it transparently,” Ely said.

For the first time in a year and a half, members of the public will be allowed inside the Roundhouse, only with proof of vaccination.

Gov. Michelle Lujan Grisham has indicated that she would like lawmakers to figure out how to spend about $1.8 billion dollars in federal COVID-19 relief funds.

Some legislators say they may not have time for that in this session. 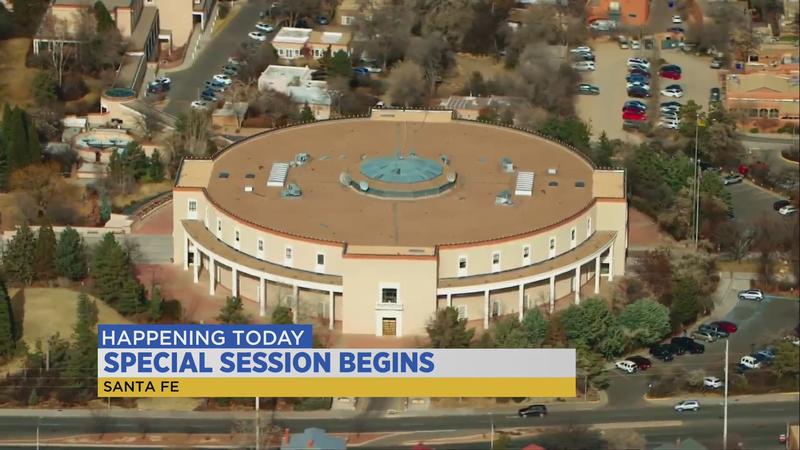