ALBUQUERQUE, N.M. — Gov. Michelle Lujan Grisham made a major announcement Thursday that will help thousands of New Mexicans be able to afford child care – and some may get it for free.

The state estimates 30,000 families will now qualify for early childhood care, paid for by a mixture of state and federal tax dollars. The governor’s office said the move sets New Mexico apart – no other state in the country is offering free early childhood education to such a broad demographic.

The expansion of free child care will go to qualifying families earning up to 400% of the federal poverty level – $111,000 for a family of four. Beginning May 1, all families enrolled in the state’s Childcare Assistance Program will no longer owe copays for child care services, making child care cost-free.

Previously, only families earning up to 200% of the federal poverty level qualified for waived copayments.

In addition to the child care expansion, Lujan Grisham also announced that the New Mexico Early Childhood Education and Care Department will dedicate $10 million toward grants specifically designed to expand the availability of child care in communities where it is needed most. 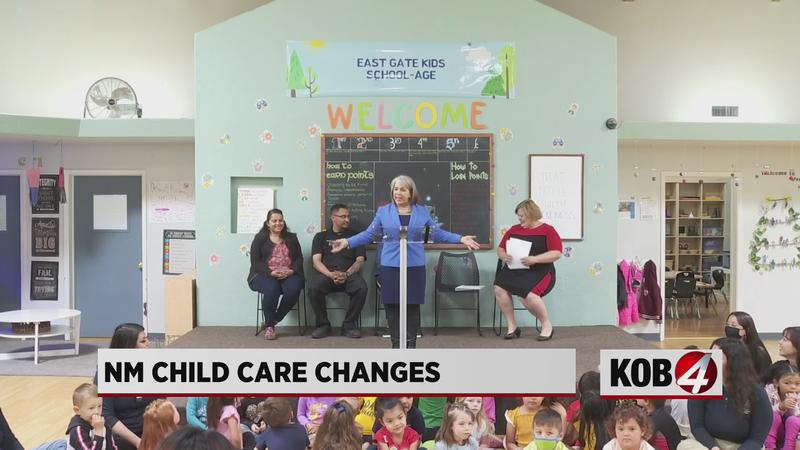 According to the governor’s office, this child care expansion is funded for the first year under the American Rescue Plan Act. After that, if voters approve to keep the program going in the fall, it will likely be funded by the Early Childhood Education and Care Fund.