For some people, the day serves as a reminder of the sacrifices made to help save a life.

Karol Franks spent years looking for a kidney donor for her daughter Jenna, who was diagnosed with a rare disorder her senior year of high school.

"She had no symptoms, no pain, and so by the time they realized her kidney failure was happening, she was at 25 percent function," Franks said.

Franks said the waitlist to get a kidney from a deceased donor would take 10 years. Time was of the essence for Franks, which is why she decided to look for a donor on social media. That’s how she met Gary Frey. 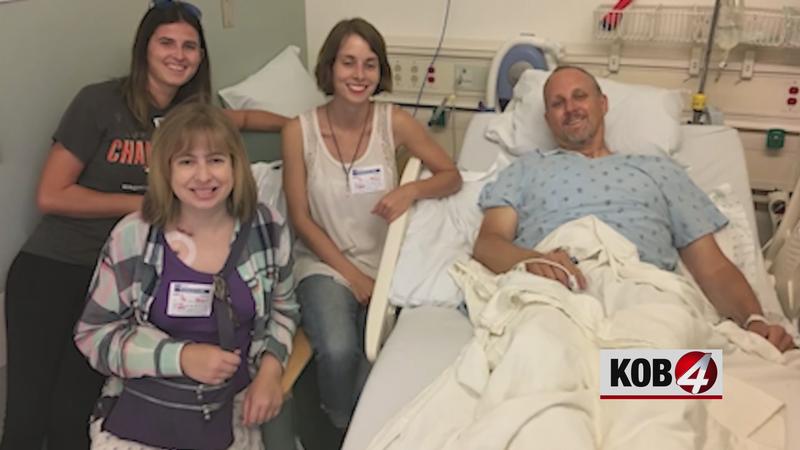 "I was on Facebook and one of my friends posted that her goddaughter, Jenna, needed a kidney. And normally, I would go on to the next thing, but I went and looked at it and I thought that’s something I can do," Frey said.

Frey is a retired Marine living in New Mexico who volunteers with the Farmington Fire Department in his spare time.

He reached out to Franks to say he’d donate a kidney to Jenna, however he wasn’t a match.

"And then later on when it was clear he wasn’t going to be a match, he entered a program called paired exchange where she could get a kidney from someone else and he would give his in return," Frey said.

Because Frey was still willing to donate his kidney to a stranger, Jenna was able to receive a living donation when one became available. The waiting process took about three years.

"At first I didn’t want to get my hopes up. There’s been a lot of false starts, and it didn’t really seem real right up until I was being rolled into surgery, but it means so much to me. It’s hard and this gave me a new lease on life," said Jenna.

Jenna and her family said they’re extremely grateful, but Frey said he was just doing the right thing.

"It’s how I was raised with my dad. He taught us to do what we can to help people out," he added.

"This man is saving my baby. I can’t thank him enough. There’s no gift or gratitude or words I could share that express how much it means when someone is willing to do that," said Franks.