ALBUQUERQUE, N.M. — As people spend the day honoring mothers, one New Mexico man is remembering the impact his wife and mother of his children left on the state.

Trujillo led his team to the state semi-finals this year, but they were one game short from the championship.

Even though his team lost, Trujillo said there are lessons to be learned. Trujillo is also learning through loss himself. 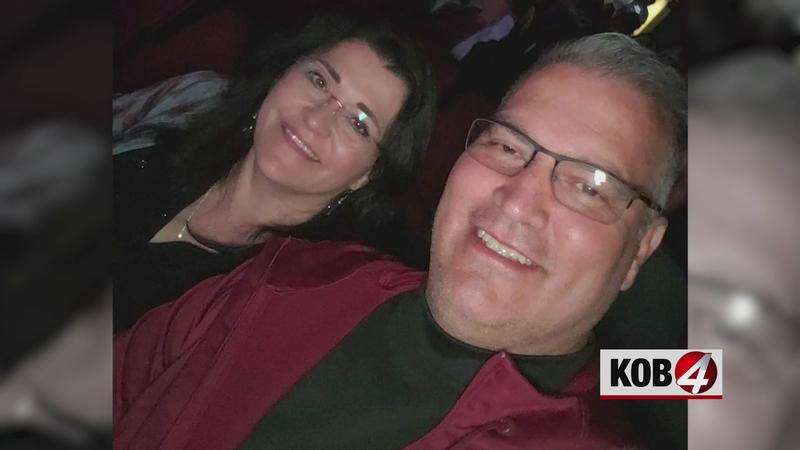 Outside the basketball court, the same can be said about Trujillo’s life.

Back in February, Trujillo’s wife Karen stepped outside to walk their dogs. Little did he know, she would never return.

"She went for the walk and within, I don’t know, ten minutes I get a call from her dad and he’s like, Ben go check on Karen. Something’s wrong, she’s not making sense,” he said. "By the time I’m getting to the truck, I hear all these sirens and that’s when it really, like, I was like, that’s not good."

Karen Trujillo, mother of three, was hit and killed by a car.

"It makes my heart hurt the most is, the fact that my kids lost a mom and that her parents lost a daughter because you do see the pain, you know,” he said.

Karen was also a lifelong educator, and someone who cared deeply about others.

"There was a press conference right after and I specifically asked for people to pray for the young man. As it turns out, I think he’s like 18 years old. And, you know, it’s an accident,” Trujillo said.

"The one regret I have is I wish I would’ve said to pray for his parents,” he added.

Trujillo said his wife’s legacy is all about lifting people up.

"I think, for me, like her legacy is that you help people rise up. Like, you don’t become bigger and brighter by holding people down—you lift them up,” he said.

Karen will be remembered for her dedication to helping New Mexicans learn, and her lessons will continue to live on with those who continue to teach.