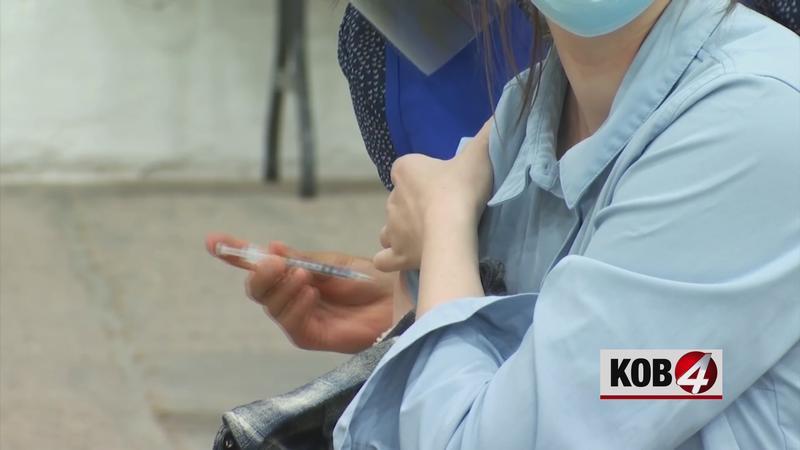 Health Secretary Dr. Tracie Collins said milestones such as this show that the state’s vaccination campaign is working.

Overall, state data shows more than half of residents 16 and older have received at least a first shot. That puts the state in the lead when it comes to vaccine distribution nationwide.

New Mexico received more than 131,000 doses this week, marking a 35% increase. Collins said during a recent briefing that next week’s allocation won’t be as high, with just under 110,000 doses expected.

New Mexico has seen a slight uptick in COVID-19 cases in recent days that has pushed the seven-day rolling average up, but health officials said vaccinations by far are outpacing the number of new confirmed cases and that has helped the state to meet nearly all of its benchmarks. Still, officials said they have concerns about emerging variants and will be monitoring developments in neighboring states.