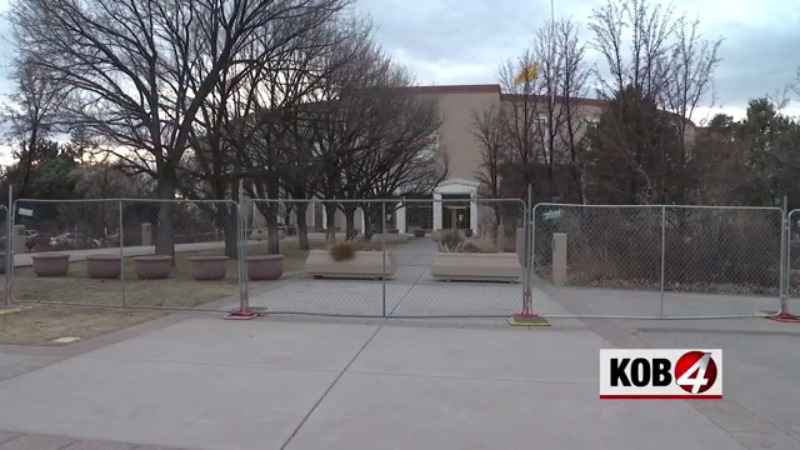 SANTA FE, N.M. (AP) — New Mexico officials are declining to remove protective barriers erected around the state Capitol after the Jan. 6 riot during which supporters of former President Donald Trump breached the U.S. Capitol while trying to overturn the results of the presidential election.

Republican legislators had requested removal of the chain-link fences with concrete barriers, arguing that no threat was evident and that there shouldn’t be a perception that government leaders are afraid of the state’s citizens.

However, the Santa Fe New Mexican reports that the Legislative Council Service’s director, Raul Burciaga, said state police officials agreed with him that the barriers should remain.