ALBUQUERQUE, N.M- The state’s tourism department shelled out big bucks to make sure New Mexico’s brand was front and center during the Virgin Galactic space launch.

Spokesperson for the New Mexico Tourism Department, Cody Johnson, said the state paid a lot to have the logo on screen during the flight’s broadcast.

"That included in total a $1.5 million investment, which includes a $500,000 special appropriation provided by the state legislature for the efforts to market and promote New Mexico during that inaugural flight," he said.

The rest came from the tourism department’s budget, a $1.5 million investment that the state expects to pay off.

"We actually have a conservative estimate of around $3.5 million in media value just from the event itself and again that’s a pretty conservative estimate, because we’ve seen so much coverage and viewership of the live stream, that it’s going to grow over the coming days and weeks," said Johnson. 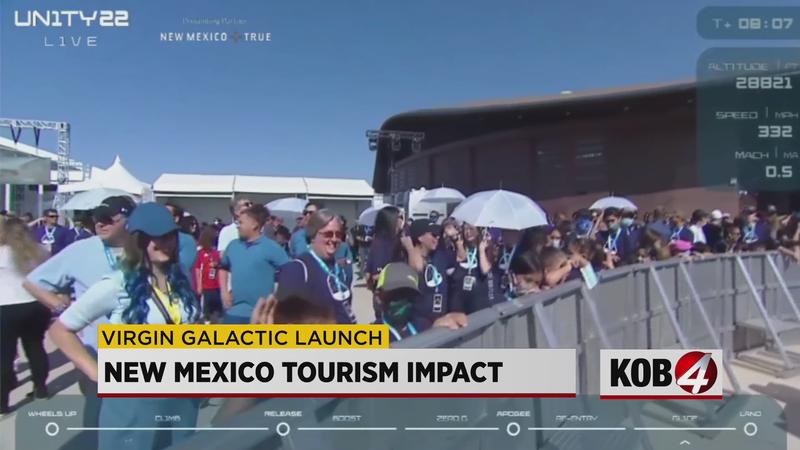 As space tourism takes off in New Mexico, the new industry is expected to be worth billions.

"The great thing is that this is an entirely new segment of travel and tourism, so there are projections out there that estimate the entire idea of a space tourism industry could be worth anywhere from 1.8 billion, to maybe 3 billion to maybe even 8 billion dollars a year," Johnson said.