ALBUQUERQUE, N.M. – The New Mexico Philharmonic is ready to take the stage Thursday night for its first major concert in well over a year.

"It was an unfortunate time, but we’re all looking forward to being back to normal little by little,” said Marian Tanau, executive director of New Mexico Philharmonic Orchestra.

Tanau said the group is pulling out all the stops for its long-awaited return, putting on an entire Beethoven festival, the orchestra even brought out a world-famous pianist for the big night.

Tanau said the orchestra only lost a few retiring musicians during the long break, but the fans are still here and eager for a night out at the symphony.

"I personally believe that classical music will not go away anytime soon, in fact, it’s been over 150 years since people were talking about that and we’re still performing with full audiences many times,” he said.

For the first time in 18 months, audiences will fill these seats inside Pope joy Hall, but the experience will be a little different than people may remember.

"So we followed suit with Broadway in that we will require all individuals 12 years and older to be vaccinated, and have proof of vaccination,” said Thomas Tkach, director at Popejoy Hall.

On top of that– everyone will have to wear a mask while inside. The theater’s director said they made a lot of improvements in the downtime — including new air filtration systems and seat numbers, there’s even a new COVID safety manager on duty, but there might be some hiccups.

"The philharmonic will be the first show in here that we’ll be screening for COVID vaccinations and or tests, so it’s a test run,” said Tkach.

But he said it will all be worth it once the lights go out and the orchestra starts playing.

“I think everyone’s excited about having this shared experience and coming back together again.”

“I believe this pandemic made us realize that just working, eating and sleeping is not all we want to do and that entertainment is so important to our souls and to the good quality of life,” said Tanau. 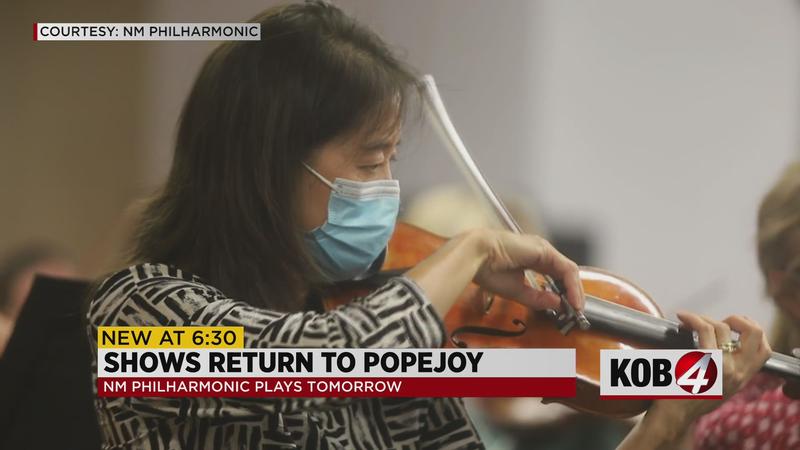