ALBUQUERQUE, N.M. — A FDA advisory panel gave the Pfizer vaccine the green light for children ages 5-11. There are a few more approvals to go, but that vaccine could be ready for distribution as soon as next week.

New Mexico Department of Health officials said the state has been talking about this late October, early November timeline for a while now – so work to get this streamlined is already underway.

According to the NMDOH, there are more than 188,000 New Mexicans who would become eligible.

“We will actually be able to have enough doses for every eligible child available in the state in time, or within days, of approval,” said David Morgan, NMDOH spokesman.

Morgan said that could be as early as next week.

“I think really it’s all about being able to get vaccines in arms the fastest,” Morgan said. “The fastest way to do that. It’s the department of health that is vaccinating, it’s pharmacies, it’s your primary care physician, it’s everywhere the vaccine is already available.”

“We’ve had a sample size of millions and millions, hundreds of millions of people who have proven that the Pfizer vaccine is safe even at high doses,” said Dr. Cvijanovich. “High, compared to the dose that we’re looking at for this age group.”

A trial of around 2,200 children in the 5-11 age group found the vaccine more than 90% effective. Dr. Cvijanovich said the Pfizer dose for younger children is a third of the dose given to adults, but still a two-dose series.

“There’s actually fewer side effects because it is a smaller dose,” she said. “And also, this age group, the 5 to 11 age group, they have really robust immune systems. They respond really well to vaccines.”

“The problem is, we don’t know yet, how to exactly pinpoint which child is going to get really sick," she said. "So I think that’s one reason, you don’t know if your child is going to be the unlucky one that ends up in the hospital struggling for their life from COVID. There’s also long-hauler syndrome which we see in the pediatric population who gets COVID."

Dr. Cvijanovich said children are good spreaders of this virus and the vaccine could even help prevent the virus in younger siblings who are not yet eligible.

KOB 4 also wanted to ask about the possibility of long-term side effects. While this is a new vaccine, she said the messenger RNA technology has been around for about 25 years.

“Do we know the long-term side effects ten years down the road? No,” she said. “But we do know that this vaccine does not enter the cell nucleus so it doesn’t end up permanently in the body, like you said. We will need boosters. We do get an immune response but that immune response is not permanent. So to me that’s kind of reassuring, that it’s not, like you said, a permanent part of our DNA. It is not.it does not enter our cell nucleus. It does not alter our DNA.” 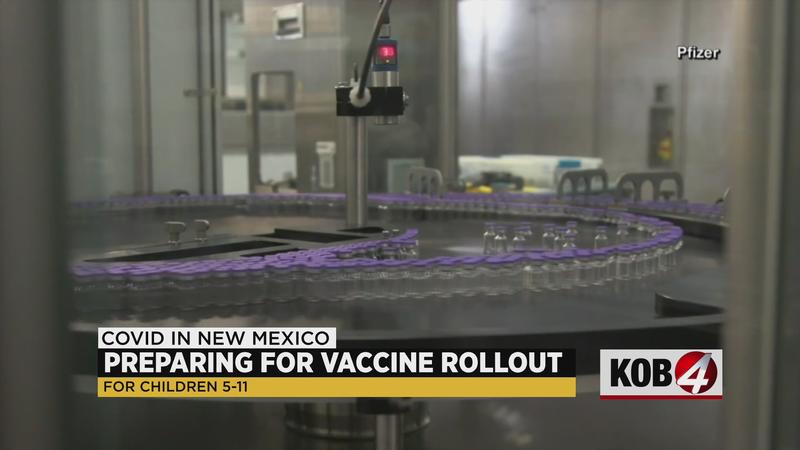