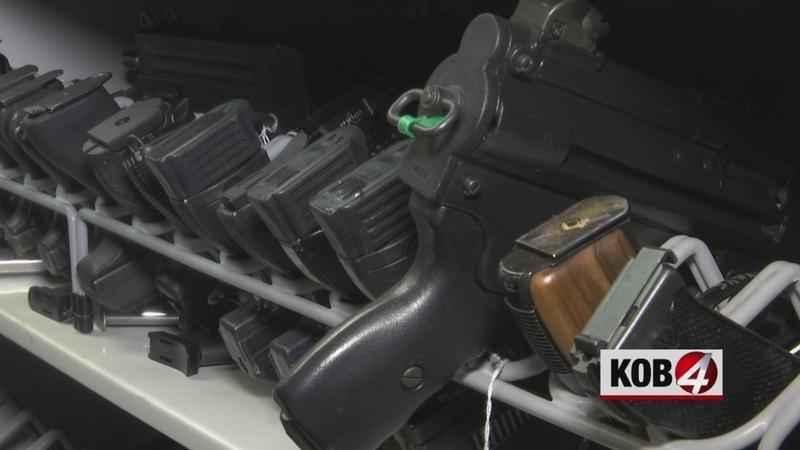 SANTA FE, N.M. (AP) —A fledgling red-flag gun law aimed at removing firearms from people who pose a danger to themselves or others has been applied just four times across New Mexico since it went into effect in May, records show.

The Administrative Office of the Courts confirmed Tuesday that petitions for extreme risk firearm protection orders had been filed through January in Eddy, Santa Fe, Taos and San Juan counties. Three resulted in one-year court orders for the surrender of firearms — with one order later rescinded.

A similar law in Florida has been used thousands of times since it was enacted in response to a mass shooting in early 2018 at Marjory Stoneman Douglas High School in Parkland, in which a gunman killed 17 people.

New Mexico’s red-flag law was approved by a Democratic-led Legislature and signed into law by Gov. Michelle Lujan Grisham in response to a mass shooting by a lone gunman at a Walmart store in El Paso, Texas, that killed 23 people in August 2019.

Advocates for the law also hope it will address the state’s suicide epidemic. New Mexico had the nation’s highest suicide rate in 2018, and firearms were the most common means.

The legislation was a lightning rod for criticism from rural sheriffs — Republicans and Democratics — in the state with a strong culture of gun ownership.

The New Mexico law allows police and sheriffs deputies to petition a court for the surrender of household firearms from people who appear to pose a danger to themselves or others based on sworn affidavits from relatives, employers or school administrators.

Democratic legislators are currently proposing changes that would allow police to seek a court order based on their own observations without a recommendation from someone else who witnesses a gun owner in crisis. A hearing was scheduled Tuesday on the new bill.