ALBUQUERQUE, N.M. – The metro has seen close to 80 deadly crashes so far in 2021. Albuquerque police said more than 30 of those crashes involved a pedestrian.

At least a dozen pedestrians have been seriously injured in crashes this year.

New Mexico was ranked No. 1 in pedestrian deaths in 2019. Sgt. Christopher Rody with the APD Motors Unit said things have actually gotten worse since then – due to an increase in drug use, alcohol use and homelessness.

"I think part of the issue is the un-housed neighbors being out there a lot all the time,” he said. “We have people that are on the streets 24/7."

Officials said things are only expected to get worse during the next few months of holiday travel and shopping, so the department has some reminders for both drivers and pedestrians.

The first reminder is to walk on a sidewalk if one is available.

"Predict what’s going on, follow the rules of the road,” Sgt. Rody said. “Watch out for traffic around them, don’t get too close to the roadways."

Sgt. Rody also advised pedestrians to stay visible and wear bright clothing when out walking, and make eye contact with drivers, so you know they can see you. Even if a pedestrian is using a crosswalk, he said they should not step onto the street until they get a light. 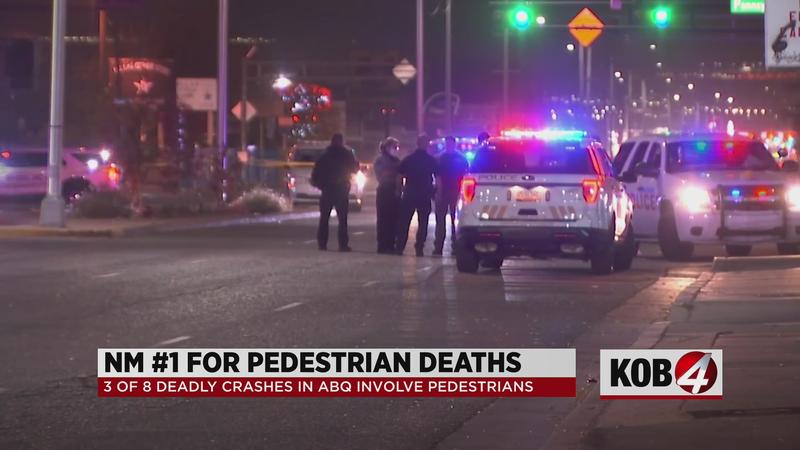 “Just waiting those 30 seconds to a minute, whatever it may be for that light to change, could save a life.”

For those behind the wheel, APD says to put phones or any other potential distractions away, before driving. The department also says not to pass a car stopped at a crosswalk. There may be a pedestrian there you are unable to see.

Drivers are also encouraged to watch out for people walking while making right or left turns, follow the speed limit and take advantage of resources like Uber and Lyft.