State Transportation Secretary Mike Sandoval says his agency has nearly 900 boots on the ground picking up trash and debris year-round. The day after a stretch of road is cleaned, he says new trash shows up.

He says the problem seemed to get worse during the pandemic.

The campaign will include the message "Tie it. Tarp it. Pick it up.”

Officials say they found that the largest litter accumulations come from people not tying up their garbage bags, tarping their loads or picking up dropped debris or litter.

The “Toss No Mas” campaign was created in the ’90’s by Cooney-Watson Productions. Santa Fe songwriter Jim Terr wrote a memorable song with an anti-litter public service message. Taos musician Michael Hearne was then brought on to sing a soulful version of the song and it became a well-known anthem across New Mexico.

The modernization of the campaign includes a new jingle for the radio. There also will be digital ads, social media campaigns, billboards and bags of ice at gas stations that feature the slogans. 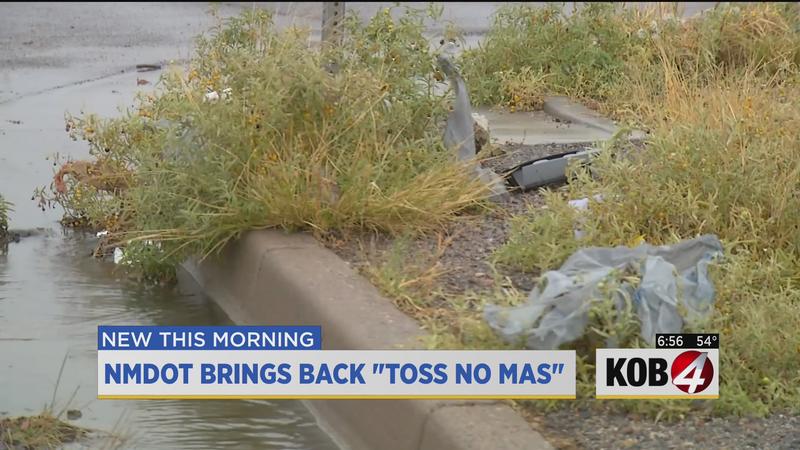