SANTA FE, N.M. – It’s been more than a month since the petroglyphs at La Cieneguilla were vandalized and still, no answers.

Someone spray-painted offensive images on the signs, and on the petroglyphs themselves. It got lots of attention even at the U.S. Capitol, but no word on who’s to blame.

"The damage that was done, to some degree some of it may be irreversible," said New Mexico Sen. Martin Heinrich.

Heinrich brought up the vandalism while interviewing an interior department official at the U.S. Capitol on Feb. 8.

"What is BLM doing to investigate this particular crime?" asked Heinrich.

"It’s a top priority for the Bureau of Land Management to figure out what happened and to bring the criminals to justice," said U.S. Department of the Interior Laura Daniel-Davis. “The BLM agents and rangers are working directly with the FBI, with the Santa Fe County Sheriff’s office in this matter. There’s been a lot of outreach to local groups to see if there’s any information about who might have been in that area when this happened."

According to the BLM, a new law enforcement ranger was hired to help increase patrols and thousands of dollars in reward money is still up for grabs.

New Mexico Wild is offering $5,000 for information leading to whoever is responsible. 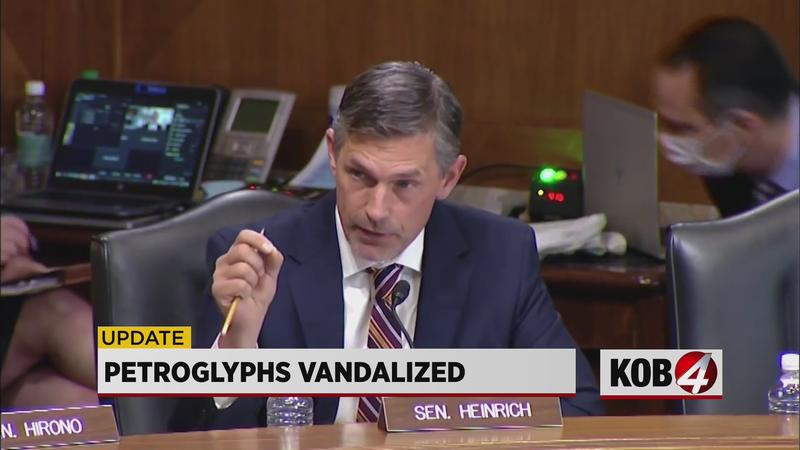