SANTA FE, N.M. (AP) — A senator in New Mexico has filed a tort claim notice against New Mexico Health Secretary Dr. Tracie Collins in response to an ethics complaint that was filed against the senator after he requested public records related to the state’s coronavirus pandemic response and federal spending.

In the complaint, Collins accuses Democratic state Sen. Jacob Candelaria, an attorney, of voting on legislation that would affect a client of his private law practice who has sued the Department of Health – an ethics concern. The health department declined to respond to the allegations.

Candelaria filed the notice of intent to sue on Monday to the state General Services Department claiming the complaint was “without merit, defamatory in nature, and swiftly dismissed on jurisdictional grounds by the (New Mexico) Ethics Commission six days later,” the Santa Fe New Mexican reported Monday.

Candelaria said the tort claim is intended to expose the alleged retaliation he faced after filing public records requests with the governor’s office last year.

Nora Meyers Sackett, a spokeswoman for Democratic Gov. Michelle Lujan Grisham, said no retaliation occurred and that Candelaria is “seemingly motivated solely by his own personal animus.”

Candelaria, who has openly criticized Lujan Grisham, said the matter is “part of a much bigger issue.”

Candelaria said he requested multiple emails last year pertaining to the state’s coronavirus pandemic response and federal spending as a lawmaker and member of the public. He was then told the request was “overly broad and burdensome” and that additional time would be needed to provide the documents.

A week later, Candeleria said Senate Majority Leader Peter Wirth and former Senate President Pro Tem Mary Kay Papen, both Democrats, asked him to meet at his law office in Albuquerque where they allegedly told him Lujan Grisham and others were furious he submitted the records request. Candelaria said he withdrew his requests after the meeting.

Wirth declined an interview request. Papen said they did meet with Candelaria but said she preferred Wirth answer questions “because I’m not there anymore.”

Papen added that she believes anyone has the right to file a public records request.

Documents show Collins filed an ethics complaint against Candelaria in March, accusing him of violating the state’s Governmental Conduct Act by voting on a bill during this year’s 60-day legislative session while representing legal clients who “would be substantially affected by the outcome.”

The State Ethics Commission told Collins in a letter in March that it didn’t have purview over the matter and recommended it be handled by the Legislative Interim Ethics Committee.

“I fully intend to take both of these cases to a judge or jury,” Candelaria said. “It is not OK for elected officials or any government employee to threaten, harass or retaliate against a person for requesting public documents.” 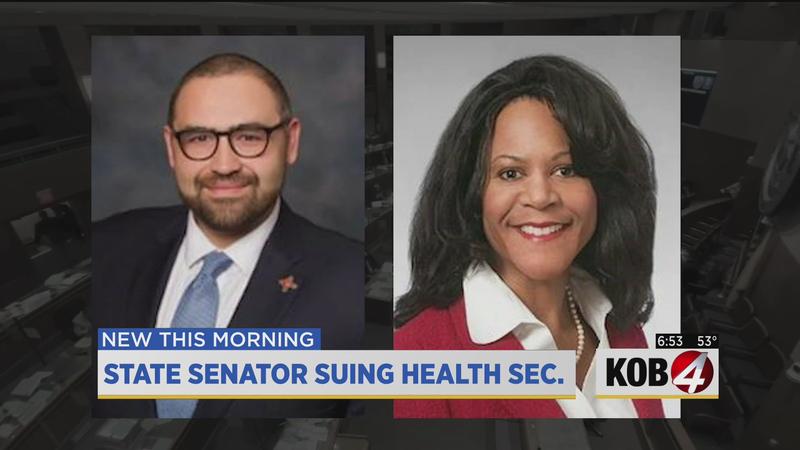