NEW MEXICO – ‘Apache Junction’, a movie set and originally filmed in New Mexico, is out September 24.

New Mexico actor Ricky Lee plays Wasco, one of the main characters that Lee described as not being stereotypically indigenous.

"The thing that appealed to me, being indigenous, is this isn’t a typical Native American role with broken English," Lee said. "Roscoe is very well-educated, Him and Jericho have a long history."

The movie revolves around the friendship between Jericho Ford and Wasco. Wasco’s people nursed Jericho backed to health after Jericho was injured in a hunting accident that occurred on his way out west after the Civil War. However, the army came in and wiped out all of Wasco’s people which only left Wasco and Jericho who became best friends.

Danielle Gross plays a reporter who comes to town to cover the story of the town. 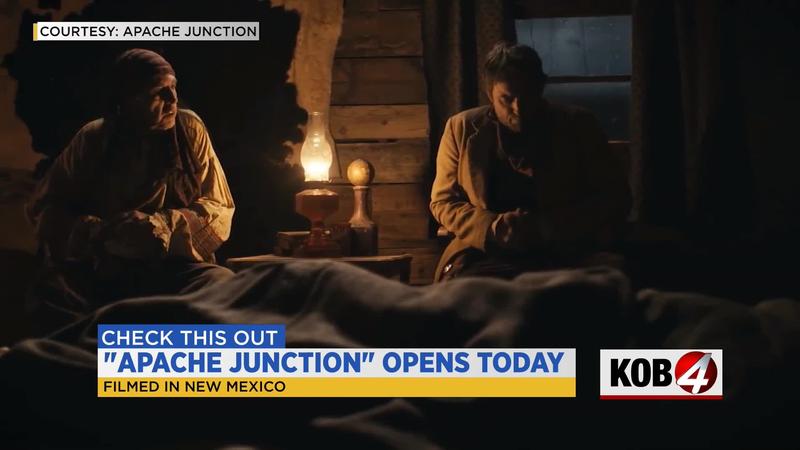 Gross remarked that it was nice to play a fierce female character, stating "it was a blast to go up against these men with strong personalities and stand tit-for-tat."

‘Apache Junction’ is one of many productions to have itself set in New Mexico, a place that Lee takes pride in for is potential.

"This is the place to be if you’re in the film industry right now in the world with NBCUniversal, support from the community," Lee said. "I’m not going anywhere."

Filming began in New Mexico and stopped to move to Joshua Tree National Park due to the pandemic. The crew followed COVID-19 protocols while filming the movie.