ALBUQUERQUE, N.M. — The U.S. Senate confirmed Deb Haaland for the position of Secretary of the Interior Monday by a vote of 51 to 40.

Haaland is the first Native American to hold a cabinet-level office.

Just moments after her confirmation, Haaland tweeted out that she was ready to serve.

Thank you to the U.S. Senate for your confirmation vote today. As Secretary of @Interior, I look forward to collaborating with all of you. I am ready to serve. #BeFierce

“Although she will be the first, she’s committed to not being the last,” said Sen. Ben Ray Lujan (D-New Mexico) during an impassioned speech on the Senate floor.

Haaland is expected to formally resign from her congressional position, leaving a vacancy in New Mexico’s First Congressional District.

New Mexico Secretary of State Maggie Toulouse Oliver said a special election will be announced within the next 10 days.

The New Mexico Democratic Party signaled its intent to retain Haaland’s seat and issued a statement that read in part, “This has been a strong Democratic district for over a decade, and we’re committed to making sure that it stays that way.”

Meanwhile, the New Mexico GOP is confident about their chances at the ballot box.

They issued the following statement:

“President Biden’s agenda will hurt New Mexico—from tax hikes to killing our oil and gas industry—so it’s imperative that every Congressional vote count to stop his radical platform. With the Governor’s mishandling of the pandemic, her progressive agenda has destroyed our economy and devastated our education system. Voters have seen firsthand how progressive Democratic policies have hurt their lives and livelihoods. With the vacant Congressional seat, New Mexicans will have an opportunity to send someone to Congress from the 1st District who understands their needs and who will promote traditional New Mexico values.” 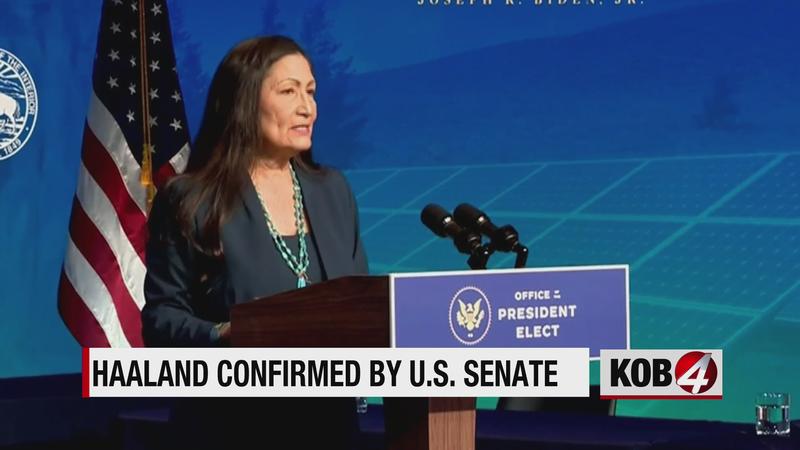